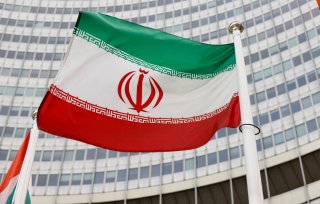 As nuclear negotiations between the United States, the other P5+1 nations, and Iran enter their second week in Vienna, Austria, the Biden administration has imposed a new round of sanctions on Iranian officials, leading Tehran to warn Washington that further sanctions could not be considered a source of leverage in the talks.

In the most recent round of economic sanctions, the Treasury Department placed restrictions on the Special Units of Iran’s Law Enforcement Forces (LEF) and Counter-Terror Special Forces, accusing them of human rights violations. Several Iranian officials associated with the two organizations, including LEF commanders Hassan Karami and Seyed Reza Mousavi Azami and Basij militia commander Gholamreza Soleimani, were also blacklisted.

The Treasury Department issued a statement on Tuesday that said the sanctions were put into place after those organizations violently suppressed civilian protests in Iran in November 2019. The statement included sanctions implemented against accused human-rights violators in Syria and Uganda, sanctioning them on the basis of the 2017 Global Magnitsky Act.

The Iranian government has criticized the most recent sanctions and warned that they would not help the United States achieve its goals in the Vienna talks. Foreign Ministry spokesman Saeed Khatibzadeh slammed the move on Twitter, arguing that “doubling down on sanctions won’t create leverage—and is anything but seriousness & goodwill.”

The most recent sanctions on Iran, and the Iranian response, are further strains on the nuclear negotiations, which have struggled to move forward in spite of rhetorical support from both President Joe Biden and Iranian president Ebrahim Raisi. American officials have sought to re-enter the deal, but have argued that Iran has attempted to gain more from the deal while conceding less. For their part, Iranian negotiators have insisted that all U.S. sanctions be lifted prior to the agreement’s restoration—a demand that has been criticized as a non-starter in Washington. The most recent talks between the two sides ended on Friday after U.S. negotiators accused the Iranian delegation of acting in bad faith.

“What we’ve seen in the last couple of days is that Iran right now does not seem to be serious about doing what’s necessary to return to compliance, which is why we ended this round of talks in Vienna,” Secretary of State Antony Blinken said during the Reuters Next conference, which was hosted by the Reuters news agency on Friday.

Nuclear talks are expected to resume this Thursday in Vienna.