Who Will Israel Open Diplomatic Relations with Next? Saudi Arabia? Oman? 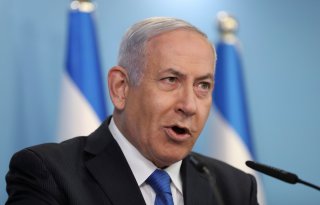 On August 13, 2020, the White House announced that the United Arab Emirates and Israel had agreed to establish normal diplomatic relations. Some critics sought to pour cold water on the importance of the deal. Former Obama aide Ben Rhodes, for example, tweeted, “This agreement enshrines what has been the emerging status quo in the region for a long time (including the total exclusion of Palestinians). Dressed up as an election eve achievement from two leaders who want Trump to win.” Rhodes’ remarks more show how partisanship has infected foreign policy than a reflection of the peace deals’ significance, however.

The United Arab Emirates (UAE) is only the third Arab county now to have formal peace with Israel—Egypt did in 1978, and Jordan followed suit just over a quarter-century later. It is probably the first country where there is a chance for productive relations and anything more than a cold peace. There have been other false starts of course. In 1983, Lebanon and Israel signed a peace treaty under the duress of Israeli occupation, but Lebanese President Amine Gemayel abrogated it less than a year later. Mauritania, too, signed a peace agreement with Israel at an October 1999 ceremony, though diplomatic ties could not weather a change in government in Mauritania and anger at Israel’s 2009 incursion into Gaza. The 1993 Oslo Accords established the Palestinian Authority and established formal relations between it and Israel, but the agreement was less a peace agreement than a road map to future normalization.

President Donald Trump celebrated the diplomatic breakthrough and National Security Advisor Robert O’Brien even suggested Trump deserved the Nobel Prize. Such sentiments might be typical Trump administration self-puffery—after all, it was Israeli Prime Minister Benjamin Netanyahu and UAE Crown Prince Mohammed bin Zayed who took the risks—but Trump is right when he declared, “Now that the ice has been broken, I expect more Arab and Muslim countries will follow the United Arab Emirates’ lead.”

So, who might be next? Diplomats and analysts float several possibilities: Bahrain, Saudi Arabia, Oman, Sudan, and Morocco are often mentioned. Outside the Arab world, Indonesia is a strong candidate, as is Somaliland, a breakaway but unrecognized region of Somalia which recently established ties with Taiwan.

Some candidates for the next diplomat breakthrough, however, are more likely than others. Two years ago, Netanyahu visited Sultan Qaboos in Muscat. That both sides publicized the trip seems meant to prepare the Omani public for the inevitable. Omanis harbor no real animosity toward Israel; they never participated in wars against the Jewish state and they have always prided themselves on their neutrality. Qaboos, however, died earlier this year and while the succession of his cousin Haitham bin Tariq went smoothly, Sultan Haitham likely will seek to consolidate his domestic control before taking a controversial move.

When historians consider the Israel-UAE peace, they will likely credit not only Trump’s diplomacy but also the reverberation of President Obama’s tilt toward Iran and away from America’s post-World War II alliance with the Arab Gulf states. That reality impacted not only the UAE, but also Saudi Arabia and Bahrain.

While Saudi Crown Prince Muhammad Bin Salman might be keen to formalize relations with Israel, the opposition of King Salman, his father and Saudi Arabia’s Alzheimer’s-addled monarch, presents a hurdle. Within Saudi Arabia’s Machiavellian court, Bin Salman understands knives are out for him, and he does not want to give his opponents a populist knife with which to stab him. That will, of course, change upon his father’s death and his accession. Once he becomes king, he need no longer worry about any last-minute removal from the line of succession as happened to Prince Hassan in Jordan or, earlier, to Princes Muqrin and Muhammad bin Nayef in Saudi Arabia prior to Muhammad bin Salman’s rise to king-in-waiting.

Bahrain might be easier. The smallest Arab state, Bahrain has long been a cosmopolitan exception in the region. Its leaders have buffeted the island against the populist winds of Arab nationalism and then of Islamism. Not only is Bahrain diverse in terms of Islamic practice—the royal family and much of the elites are Sunni but the majority of the population is Shi’ite—but Bahrain also hosts native Christian and Jewish families as well, and openly allows Hindus and Sikhs to practice their faiths as well. The Bahraini king is not afraid to break barriers: In 2008, he appointed Houda Nonoo, a Bahraini Jewish woman to serve as the kingdom’s ambassador to the United States. Of all the Gulf Arab states, Bahrain faces perhaps the most severe threat from Iran. The Iranian government sought to overthrow the Bahraini monarchy in 1981, and continues to support sectarian groups pursuing the same objective. The Bahraini leadership already hosts the U.S. Fifth Fleet and may believe that both the United States and Saudi Arabia would shield Bahrain from any blowback should they choose to take the diplomatic plunge.

Morocco and Tunisia, too, might be real possibilities. Both were not only historically home to large Jewish populations, but they also continued to welcome visits by Jews who had moved to Israel, even those traveling on Israeli passports. Morocco may be the better possibility of the two, however. During the Holocaust, many Moroccans protected Jews. Morocco regained its independence from France in 1956, eight years after Israel’s independence polarized the Middle East, and led to anti-Jewish pogroms from the Euphrates to the Atlantic. That did not stop King Mohammed V, however, from appointing Leon Benzaquen, a Moroccan Jew, to be his personal physician. Another Moroccan Jew, André Azoulay, advised both King Hassan II and current king Mohammed VI. In 1993, Serge Berdugo, the president of Morocco’s Jewish Communities Council, became minister of tourism. This was no throw-away ministry but, given the role of tourism in Morocco’s economy, one of the most important portfolios. Such a precedent would ease the ability of Mohammed VI to formalize what has long been an informal relationship. While some Moroccans might resist the idea of formal ties to the Jewish state, the potential for agricultural cooperation—both in northern Morocco’s impoverished Rif and also Morocco’s southern Sahara provinces—might sweeten any deal.

That Sudan could be a candidate for ties to Israel might have seemed like a diplomatic dream just a year ago but the ouster of longtime dictator Omar al-Bashir and Khartoum’s decision to pivot away from the Arab world’s rejectionist bloc and toward both the moderate camp and the West raises the possibility. Under Bashir’s rule, Sudan became a transit country for Iranian weaponry destined for the Palestine Liberation Organization or Hamas. The Iranian press bragged about how Tehran and Khartoum were united against common enemies. The Iranian Navy began making frequent port calls in Port Sudan. Not only did the Iran-Sudan relationship raise red flags in Israel, but also in Saudi Arabia which effectively bribed Bashir to deny his territory to Iranian authorities.

The Sudanese overthrew Bashir in April 2019. In February 2020, Israeli Prime Minister Benjamin Netanyahu met in Uganda with Abdel Fattah al-Burhan, chairman of the Sovereignty Council of Sudan, although whether they discussed normalization is under dispute. Sudan later authorized Israeli planes to fly over Sudan. As Sudan courts the West and seeks to rebuild its economy, strengthening ties not only with Saudi Arabia but also Israel appears on its agenda.

Further down the East African coast, Somaliland is a particularly interesting case. In 1960, the British Protectorate of Somaliland became the twelfth African nation to win independence at which time not only did all five permanent members of the UN Security Council recognize it but Israel did as well. Just days later, however, Somaliland’s leaders agreed to a union with Italian Somaliland to form what became Somalia, a country whose leaders then decided to reject Israel against the backdrop of Arab pressure and the Cold War. In 1991, Somali dictator Siad Barre fled the country and much of Somalia descended into state failure. Somaliland, however, reasserted its independence and remained both stable and peaceful. It also both democratic and Western-oriented. While no country formally recognizes Somaliland, many have lower-level diplomatic relations with it: Ethiopia, Taiwan, Kenya, Turkey, Djibouti, many European Union countries and, importantly, the UAE.  Ethiopian diplomats joke that they will not be the first country to recognize Somaliland, but they will not be the third country either. The stumbling bloc with establishing ties to Israel appears less Somaliland’s domestic politics or lack of desire and more Israel’s own arrogance, its ambassadors’ refusal to return phone calls, and Jerusalem’s focus on bigger countries.

Indeed, if Israel’s focus is on bigger countries, there may be no better candidate than Indonesia, the country with the world’s largest Muslim population. Netanyahu has long pursued Indonesia. In 2018, he met Indonesian Vice President Jusuf Kalla in New York and publicly stated establishment of diplomatic relations with Jakarta to be a goal. Too often, even when governments do want to establish ties to Israel, they are hampered by decades of incitement. Indonesia and Israel have worked to reduce this populist barrier with exchanges of journalists to each other’s countries so that they can speak directly to each other’s politicians and civil society. Several years ago, I was also asked to be a witness to Track II discussions in Bangkok in which Israelis and former government officials from Indonesia and other Southeast Asian countries met to break the ice.