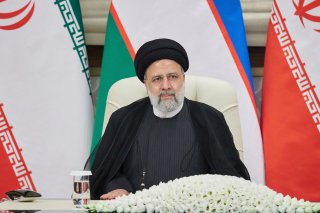 In the Islamic Republic of Iran, it is practically inevitable that protests over any given issue will turn into expressions of popular desire for regime change if they continue for long enough, achieve sufficiently broad geographic reach, or are otherwise emboldened. We have seen this several times since 2017, when a protest in the city of Mashhad began with a focus on worsening economic conditions but quickly spread to more than 100 other localities and assumed a provocative anti-government message expressed in slogans like “death to the dictator.”

Those slogans have been repeated in as many as ten nationwide uprisings over the past five years, as well as in countless smaller-scale protests. Economic distress became the key driving factor again in November 2019, when a sudden increase in government-set gasoline prices sparked spontaneous demonstrations in nearly 200 cities and towns. Authorities cracked down with particular ferocity, killing 1,500 participants in the span of just several days. But new protests emerged in over a dozen provinces only two months later, with participants not only repeating calls for regime change but also taking direct aim at the Islamic Revolutionary Guard Corps, which had been the main perpetrator of the killings.

Last month, the latest uprising emerged not out of economic discontent but rather from the funeral of a twenty-two-year-old Kurdish woman who had been killed at the hands of Tehran’s “morality police.” Mahsa Amini fell into a coma on September 13 after being taken away for reeducation because she was deemed to be wearing her hijab improperly. She died three days later, and although the regime claimed she had merely suffered a heart attack, her body showed signs of abuse and her family insisted that she had been in perfect health.

Ensuing protests naturally demanded accountability for Amini’s death while also condemning the underlying enforcement of mandatory hijab laws, which has intensified over the past year under the leadership of ultra-hardline President Ebrahim Raisi. It did not take long before the now-familiar chants of “death to the dictator” could be heard in every major city and every district of Tehran, including those that had once been considered strongholds of support for the clerical leadership.

This weekend marks one full month of demonstrations, and the message of support for regime change has only become more apparent since the protests first erupted. Recently, teenage girls in high school classrooms have taken videos of themselves defacing images of Supreme Leader Ali Khamenei and his predecessor, Ruhollah Khomeini, the founder of the Islamic Republic. Chants of “death to the dictator” have been accompanied by similar slogans such as “we do not want the Islamic Republic” and “death to oppressors, whether the Shah or the Leader [Khamenei].” Moreover, these calls have been endorsed by a broad range of demographic and social groups.

This past week, strikes were organized within Iran’s oil industry with the explicit purpose of expressing solidarity for the uprising and pressuring security forces to halt their violent repression. So far, that repression has killed more than 200 people.

There are growing reports that some of the security forces are now defying direct orders to fire upon their fellow Iranians and not to show the protesters “unnecessary sympathy,” in the words of the regime’s judiciary chief. These reports come in the wake of much speculation that the authorities have been spread too thin to mount an effective counteroffensive against the protesters. The presence of vast numbers of female activists has no doubt contributed to this situation. And with oil workers now threatening an already fragile economy, it should be increasingly difficult for foreign observers to deny that this uprising could lead to a new revolution and the long-sought transition away from clerical rule and toward the true democracy that most Iranians have supported since the days of the shah.

For their part, Western democracies must go beyond just condemning the crackdown and imposing sanctions on certain regime officials, which, although necessary, is insufficient. Instead, Western leaders should publicly recognize the right of the Iranian people to defend themselves by any means available and to overthrow the ruling theocracy.