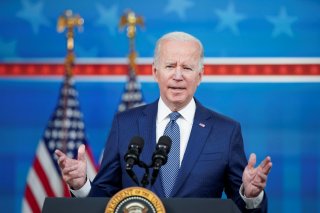 The Biden administration’s convening later this month of a virtual summit meeting on democracy, with about half the countries of the world invited, is a timely expression of support for a fundamental political value. The extent to which citizens can select or reject their rulers, freely and peacefully in fair competition, underlies almost everything else that determines whether a government operates in the interests of the governed. An international reaffirmation of support for this value is all the more important following a decline of democracy worldwide over the past decade and a half.

It is good that the United States is taking the lead in this exercise, and doing so through broadly based diplomacy. Vocal U.S. championing of democracy is nothing new, of course, but the perceptions of the rest of the world have been shaped in large part by inconsistencies in how U.S. policies have followed U.S. rhetoric, and by misguided U.S. efforts to inject democracy in other countries through the barrel of a gun. This month’s meeting has the potential to help reduce at least marginally the widespread cynicism about American objectives.

The long invitation list for the meeting has inevitably raised eyebrows. Democratic deficiencies are obvious with many of the invitees. They include some (Angola, Iraq, and the Democratic Republic of Congo) that dwell in the lowest category—”not free”—of the scorecard compiled by the watchdog organization Freedom House. They include others that are only “partly free” or that, although they use some democratic forms and procedures, deny political rights to subjugated groups defined by ethnicity or religion.

Any diplomatic exercise such as this also draws lines that those left outside will naturally perceive as divisive. Such perceptions are expressed in a recent statement by the Chinese and Russian ambassadors to the United States, although their tortured attempts to depict their own countries as democratic can be easily dismissed. Also involved in the case of China is the usual Chinese apoplexy about anything to which Taiwan is invited.

The issue of democracy has figured into discussions of U.S. foreign policy most often in debates about grand strategy. Such debates often pit in an oversimplified way a value-centered approach that emphasizes liberal democracy against power-centered approaches usually identified as realist. Strip away the oversimplification, and almost all U.S. administrations—including ones generally regarded as realist, such as that of George H.W. Bush—have recognized the importance of democracy worldwide and how U.S. policies can affect it. Donald Trump, who was more devoid of political principles than any U.S. president within memory, was an exception with his open fondness for authoritarian rulers and disdain for well-established western democracies.

What has to be considered the most glaring issue as President Joe Biden calls the summit meeting to order is that the convening nation is seeing its own democracy badly deteriorating. Among other deficiencies in the American political system, one of the two major political parties in the United States doesn’t believe in democracy anymore. For some time it has been trying to suppress citizens’ exercise of their right to vote. Now it is turning its back on one of the central tenets of democracy, which is respect for the outcome of free elections. The party is led by a defeated ex-president who still rejects the outcome of the most recent national election, making fraudulent claims of fraud. Most of the party’s representatives in the lower house of the national legislature voted to reject that outcome as well.

The sad state of American democracy is partly reflected in the Freedom House scorecard, where the United States ranks behind sixty-nine other countries on political rights. In other words, it barely makes it into the top third, on a list that includes not only every sovereign state in the world but also some disputed territories such as Crimea and the Gaza Strip. Moreover, the trajectory of American democracy is grim, with multiple developments especially since Trump came into power being the sort of warning flags that mark a democracy that is dying.

Against this backdrop, President Biden needs to rhetorically thread a needle. He should refrain from saying anything that sounds like exporting domestic U.S. politics into the international arena. There already was too much of that in Trump’s administration, in numerous ways in addition to the worst of Trump’s politically driven corruption of U.S. foreign policy. But Biden also should be entirely honest about the grave problems in his own country’s democracy. (Early this year I offered some suggested talking points in that spirit.) He will not be fooling anyone overseas if he is anything less than entirely honest about that.

Such directness about the problems in America’s political system will help to make the point that struggling countries, in addition to well-established democracies, have roles to play in expanding and preserving democracy worldwide. It makes the further point that democratic standards should apply to everyone, and are not just a vocabulary that the powerful use to lecture the weak.

The role of democracy in U.S. foreign relations has usually been thought of in terms of the United States providing inspiration and support to those overseas who are struggling to establish or maintain a democracy. The meeting this month may help to do that, preferably in measurable and material ways, but for Americans, the meeting will be most useful if some of that inspiration and support can flow in the opposite direction—from good democrats overseas to those striving to maintain democracy in the United States. Those who are most determined to overturn democracy in America are unlikely to be influenced, but principled support from abroad may be a morale-booster for those struggling to prevent the overturning. It may also help to nudge into a principled position those who are dithering over such things as filibusters.