Biden’s Summit for Democracy Must Be More Than Aspirational 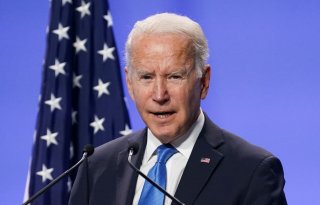 The Biden administration will hold its virtual Summit for Democracy in roughly thirty days. Speculation continues to swirl about whether the final invite list will include less than democratic regimes. With those decisions already made, albeit not yet publicly released, now is the time for the White House to focus on how to use the summit to accomplish its overall democracy agenda.

The summit, while an important rhetorical signal, is not an achievement in and of itself. It is a means to an end. To yield impact, the high-level gathering must be part of a broader strategy for supporting democracy globally, which we have not seen from the Biden team. Hopefully, the forthcoming National Security Strategy will fill this gap by including a strong component on democracy promotion.

In the meantime, and absent such a standalone democracy strategy, the administration must, at minimum, define what success looks like for its overseas democracy support. In doing so, the White House should look at least two years in the future. With this specified aim in hand, the president’s team can establish intended summit outcomes (including participant commitments) in a manner that guarantees near-term results contribute to the administration’s vision for success.

Here are two ways to conceptualize what success looks like two years hence and three ways to use the summit to get there.

A Successful Summit: Laying a Foundation for Success

The White House has affirmed the importance of democracy and human rights to U.S. foreign policy. It has not, however, publicly defined objectives in this domain. This question should be—and hopefully is—at the heart of summit planning.

Looking forward twenty-four months, two advances would mark some degree of success for U.S. and allied democracy promotion efforts. The summit should yield outputs that help make progress toward them.

The first mark of success would be a halt to the current backsliding of democracies. The number of democracies globally has declined annually for the last fifteen years.  Authoritarians, capitalizing on the Covid-19 pandemic, have flexed their muscle to suppress dissent and swell their power. Success for U.S. and allied democracy promotion means more transitions toward democracy, perhaps resulting in the start of a new, fourth wave of democratization.

The spread of autocracy would mean a world that is less safe and prosperous. It would also mean a world that is more hostile to American and allied interests. This is not an ideological question but a practical one. The second sign of progress would, therefore, be the presence of the alliance architecture and underlying commitments required to ensure that democracy, not autocracy, is the predominant form of governance globally well into the future. Erecting this architecture would involve formalizing a core group of democratic nations—whether through the Democracies-10 (D-10) or another assemblage—committed to advancing democracy within and outside their borders. Underwriting this grouping would be a normative commitment to supporting democratic movements and activists with resources and diplomatic backing.

Commitments that Can Lead to Impact

If successful, the Biden administration would, on the two-year anniversary of the summit, be witness to an aggregate increase in democracies globally and a core group of allies offering sustained support to democratic activists.

With these two metrics of success in mind, how can the summit help get there? Three actions stand out.

First, the summit should result in formalizing the D-10 or a similar grouping that has the cohesion and mandate to protect and advance democracy within and outside members’ borders.

The United States should continue working bilaterally with individual allies on related initiatives. Given the gravity of the challenge, however, the United States should solidify a powerful alliance that is committed to supporting democracy. The group should be “for” supporting free and open societies. It must be committed to supporting these freedoms within its own borders and ensuring citizens in other states have the same liberties. From this vantage point, it could then work against attempts by China or Russia to undermine democracy. The most viable forum to address this need is the D-10 group of democracies, or an expanded version thereof. Leading summit participants should formalize this group and work through it to develop a common approach to promoting and protecting democracy as well as, to the extent feasible, dealing with China.

Second, the summit should result in a commitment from the United States and allies to support a new international norm—the “Right to Assist” pro-democracy movements—and identify steps to advance and implement it.

U.S. leadership is essential but not sufficient to reverse the authoritarian tide. The United States can foster greater participation and collaborative efforts by allied states and other actors by articulating and promulgating a new international norm, “The Right to Assist." The Right to Assist would reinforce the legitimacy of a range of forms of external support to nonviolent pro-democracy movements and provide a conceptual framework to evaluate which movements should receive support, what forms of support are permissible under various circumstances, and related questions. The goal is not to embed this norm within the UN system, but rather to provide a legitimizing basis for coordinated action among Western democracies and others to foster more robust support for civil resistance movements. The D-10 or similar grouping would be the leading proponent of this form.

The United States declaration of independence enshrines U.S. sovereignty, but also affirms that sovereignty is conditional on the “consent of the governed.” The same standard applies to repressive regimes. From Belarus to Venezuela, nonviolent civil resistance movements and fraudulent elections have made clear that leaders do not enjoy the consent of their people. This is the basis for the United States and allies to assist these actors. If we want to reverse the democratic recession, the evidence is clear that civil resistance movements are one of the most effective means to do so: they are most than twice as likely to result in political transitions and significantly more likely to lead to sustained democratic gains.

Finally, the United States and its allies should announce a tripling of their financial support for strengthening democracy overseas. International support alone will not result in local change. But local actors benefit from international assistance and backing to spark or sustain democracy strengthening efforts. The United States, Germany, UK, and Japan are at the forefront of providing this international support to movements and institutions overseas. Yet their levels of funding, and those of allies, are insufficient to meet the challenge. A three-fold increase would enable donors to expand support for nonviolent civil resistance movements and grassroots activists, strengthening the core institutions of democracy, as well as targeted means to prevent and mitigate Chinese, Russian, and other authoritarian efforts to undermine democracy outside their borders. The core group should commit to sustaining these funding levels over the long term.

Just as holding a staff meeting without an agenda is a management faux pas, so too is convening a high-level summit without understanding how it contributes to higher-level and measurable goals. The summit is a significant sign of President Joe Biden’s commitment to democracy and human rights. To have any bearing on U.S. interests and the future of freedom globally, however, it must lead to something more.

Patrick W. Quirk is Senior Director for Strategy, Research, and the Center for Global Impact at the International Republican Institute, a Nonresident Senior Fellow in the Atlantic Council's Scowcroft Center for Strategy and Security, and an Adjunct Professor at Georgetown University. Previously, he served on the U.S. Secretary of State’s Policy Planning Staff.