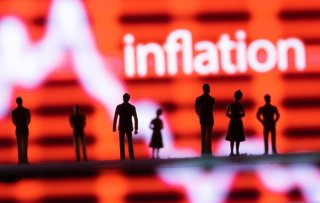 Amid current high-inflationary pressures, which surpassed 9 percent in June, there is no question that the financial security of millions of American seniors are at risk.

Fortunately, there appears to be some much-needed, big-time help on the way. As reported by CNN, Social Security recipients are currently on track for an eye-popping 10.5 percent cost-of-living-adjustment (COLA) for next year, according to the Senior Citizens League. Such a hefty bump would amount to a $175.10 increase to the average monthly retirement benefit of $1,668.

However, if inflation continues to trek higher over the next three months, the 2023 adjustment could be as high as 11.4 percent, the group said. If price hikes moderate, the benefit bump could be a shade below 10 percent.

Earlier this year, Social Security recipients saw their benefits increase by 5.9 percent, the highest increase in about four decades. “Inflation has been so high and so much higher than the 5.9 percent COLA that people got, they have experienced a shortfall in their benefits,” Mary Johnson, Social Security and Medicare policy analyst at the Senior Citizens League, told CNN. “If people do not have adequate retirement savings or cash savings that they can easily get to, people are putting more on consumer credit cards,” she continued.

The Senior Citizens League already noted in a recent release that persistent high inflation has caused Social Security benefits to lose a whopping 40 percent of their buying power since 2000. In March of last year, the figure was sitting at 30 percent. “That’s the deepest loss in buying power since the beginning of this study by the Senior Citizens League in 2010,” Johnson said in a statement.

According to a CNBC poll last month, half of the respondents aged over fifty-five have spent their emergency savings over the past year due to hot-running inflation. Additionally, nearly half of respondents admitted that they have visited a food pantry or applied for benefits via the Supplemental Nutrition Assistance Program (SNAP).

The Social Security Administration is expected to set the 2023 COLA in October based on the previous three months of inflation data—meaning that the actual COLA increase could be somewhat different from the Senior Citizens League’s forecast.