Will Inflation Bring an Even Higher Raise to Social Security? 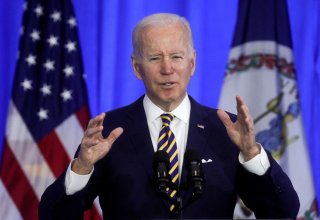 In welcome news for millions of Social Security recipients, the Social Security Administration (SSA) last fall confirmed that there would indeed be a 5.9 percent cost of living adjustment (COLA) for this year.

At the time, AARP Chief Executive Officer Jo Ann Jenkins noted that the sizable COLA raise was “crucial for Social Security beneficiaries and their families as they try to keep up with rising costs.”

However, as several months have passed since the announcement, it appears that the economic backdrop across the nation has continued to deteriorate.

Food prices are quickly climbing and the average national gas price is now sitting at an eye-popping $4.33, according to AAA. The most recent Consumer Price Index that was released earlier this week showed that prices surged 7.9 percent year-over-year, hitting a fresh forty -year high, a statistic the Labor Department’s Bureau of Labor Statistics also confirmed.

There is, though, some good news that could come out of this high-inflationary environment, according to CNBC.

“Retirees who are feeling the pinch of higher prices, take heart: There could be a much bigger Social Security cost-of-living adjustment next year,” the news outlet wrote.

“A preliminary estimate from The Senior Citizens League, a non-partisan senior group, finds that the 2023 cost-of-living adjustment … could be as high as 7.6%, based on the latest Consumer Price Index data,” it continued, adding that the official COLA for next year won’t be determined by the SSA until October.

For much of this year, the Senior Citizens League has highlighted the fact that last year’s COLA increase has done little to assuage the dwindling buying power of senior citizens. Even after the 5.9 percent bump, the monthly Social Security payments only rose by roughly $90 to an estimated average of $1,657, and a typical couple’s benefits climbed by approximately $150 to $2,754 per month.

Such monthly income would be tough to live on in any environment—much less one where raging inflation is wreaking havoc on prices across the board.

“To put it in perspective, for every $100 worth of groceries a retiree could afford in 2000, they can only buy $68 worth today,” Mary Johnson, Social Security policy analyst for The Senior Citizens League, said in a statement.

The group added that the SSA needs to be even more aggressive going forward in raising their COLAs.

“Retirees frequently notice that over time their Social Security benefits don’t buy as much as they used to,” The Senior Citizens League wrote. “This happens when the annual COLA doesn’t keep pace with the increases in costs typically experienced by older and disabled beneficiaries.”