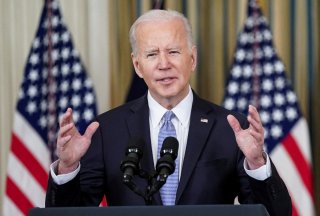 With U.S. inflation still sitting at a forty-year high, a new survey is showing just how difficult it is for many American workers—even if they have sizeable incomes—to make ends meet.

Other recent polls and studies are also showing that the average American worker is struggling in this high-inflationary environment. According to a report released by LendingClub, roughly two-thirds, or 64 percent, of the U.S. population are living paycheck to paycheck. That figure was a shade below the 65 percent registered in 2020.

A separate survey released by Salary Finance has revealed that more than 75 percent of working Americans admitted that high inflation has negatively impacted their finances over the past year. In fact, about 20 percent said that they regularly run out of money between paychecks, which was up from 15 percent last year. Furthermore, an analysis by Moody’s Analytics has indicated that hot-running inflation is costing the average American household an additional $327 per month.

Per Bankrate’s First-Quarter Economic Indicator poll, 53 percent of experts believe that inflation will likely rise higher than expected over the next twelve to eighteen months. Meanwhile, 21 percent expect inflation to climb at a slower pace, and 26 percent say it should evolve as expected.

In a separate Bankrate poll, 93 percent of consumers have noticed higher prices on the items that they buy and nearly 75 percent have seen their budgets contract. “Already established historically high inflation acts as a tax on households,” Mark Hamrick, Bankrate’s senior economic analyst and Washington bureau chief, said in a statement.

“Aside from the obvious geopolitical implications, Russia’s invasion of Ukraine has injected significant downside risks for the economy and upside risks for inflation, with so-called stagflation and recession as possible outcomes. This at a time when consumers are already indicating that sentiment has been adversely affected by some of the worst inflation many have seen in their lifetimes,” he concluded.