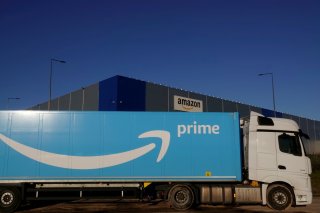 According to CNN, Amazon and Rite Aid representatives have confirmed that the companies have a temporary quantity limit of three units on emergency contraceptive pills, often referred to as “morning-after pills,” and sold under the Plan B brand. These pills can be purchased over-the-counter and without an ID or prescription.

“Due to increased demand, at this time we are limiting purchases of Plan B contraceptive pills to three per customer,” Alicja Wojczyk, senior manager of external communications for Rite Aid, said in an email.

Meanwhile, CVS on Tuesday decided to remove purchase limits after it found that “sales have since stabilized.”

“Immediately following the Supreme Court decision, we saw a sharp increase in the sale of emergency contraceptives and implemented a temporary purchase limit to ensure equitable access,” Matt Blanchette, senior manager of Retail Communications with CVS Pharmacy, told the news outlet in an email.

“Sales have since stabilized and we're in the process of removing the purchase limits, which will take effect in-store and on CVS.com over the next 24 hours. … We continue to have ample supply of emergency contraceptives to meet customer needs,” he added.

As reported by CNBC, Walmart has confirmed that many of the retailer’s products have online purchase limits that can change “during times of fluctuating demand,” while Walgreens said purchases of emergency contraceptive pills are currently not being limited.

The initiating of purchase limits comes as Google searches for information on abortion-inducing medications have spiked considerably since the overturn of Roe v. Wade, Politico has reported.

According to a study published in JAMA Internal Medicine, in the seventy-two hours after the Supreme Court decision, searches for abortion medications surged 162 percent compared to the three days prior.

“Nebraska had the highest cumulative search volume during the 72-hour postperiod, followed by Iowa and Missouri. Significantly more searches occurred in states with more restrictive reproductive rights,” the study wrote.

However, “this study is limited in that it cannot confirm that any search was linked to an abortion attempt nor evaluate the demographic attributes of searchers. Nonetheless, elevated interest in abortion medications should alert physicians that many of their patients may pursue this option with or without them,” it concluded.