Americans in These States Will Get the Most Student Loan Forgiveness 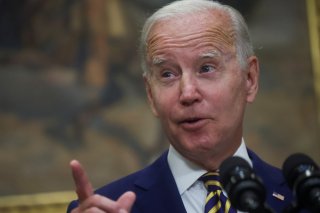 The White House on Tuesday released a state-by-state analysis of how many people will benefit from the Biden administration’s sweeping student-loan forgiveness plan announced last month, according to CNBC.

The analysis, conducted by the U.S. Department of Education, found that more than 3.5 million people are eligible for loan relief in California, while 3.3 million can take advantage of the plan in Texas. Wyoming has the fewest number of borrowers eligible for student debt forgiveness with about 50,000.

“The Biden-Harris Administration expects that over 40 million borrowers are eligible for its student debt relief plan, and nearly 20 million borrowers could see their entire remaining balance discharged,” the White House release stated.

“The student debt relief plan will help borrowers and families continue to recover from the pandemic and prepare to resume student loan payments in January 2023. Nearly 90% of relief dollars will go to those earning less than $75,000 per year—and no relief will go to any individual or household in the top 5% of incomes in the United States. By targeting relief to borrowers with the highest economic need, the Administration’s actions are also likely to help narrow the racial wealth gap,” it continued.

Under President Joe Biden’s student-loan relief plan, those with federal student loans who make under $125,000 annually, or couples earning less than $250,000, qualify for up to $10,000 in forgiveness.

However, if a borrower received a Pell Grant to attend college, they could potentially get up to $20,000 in relief. Approximately 60 percent of all federal student loan borrowers received Pell Grants, which have a maximum allowance of $6,895 per academic year, according to the White House.

Borrowers should be able to apply for forgiveness beginning next month, and roughly eight million individuals could get their loans automatically cleared because the Department of Education is already in possession of their income data. The Biden administration is expected to launch an application portal that will allow other borrowers to provide their income information.

Additionally, the student loan announcement extended the moratorium on repayments till January and created a new income-driven repayment (IDR) plan, designed to assist people who have a difficult time making large monthly payments. This will allow borrowers to pay no more than 5 percent of their monthly income on undergraduate loans, a sizable decrease from the current 10 percent threshold. The plan will also increase the amount of income that is considered non-discretionary, providing even more assistance to the average borrower.