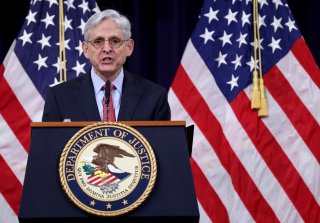 Many people around the country have been convicted of Social Security fraud lately, but it’s rare for any of them to be a sitting justice of the peace.

But that was the case last week in Arkansas, when a justice of the peace with the Sebastian County Quorum Court and her husband—also a former Justice of the Peace—both pled guilty to Social Security fraud. According to Arkansas Online and the Arkansas Democrat-Gazette, the guilty plea was to charges of felony theft of government funds and aiding and abetting the theft of government funds.

The two were accused of “fraudulently accepting $160,000 in Social Security disability benefits while also working and then operating a business,” the newspaper reported.

The case, according to the Democrat-Gazette, grew from a tip received by the Little Rock Cooperative Disability Investigations Unit of the Social Security Administration. For a time in 2016, the husband was working while claiming a disability, with the paychecks issued in his wife’s name. The husband was later defrauding the Social Security Administration during his time as a justice of the peace, the government alleges.

The wife resigned following the guilty plea, 5 News reported. The two face up to ten years in prison; sentencing has not yet been set.

Arkansas attorney general Leslie Rutledge also announced the guilty plea. “No one is above the law, especially elected officials who are entrusted by their local communities,” Rutledge said in the statement. “We must aggressively go after those who take government funds out of greed and ensure money is available for Arkansans in need.”

The Little Rock Cooperative Disability Investigations Unit (CDI) is a joint venture of the Social Security Administration (SSA), the Arkansas Attorney General, and the Arkansas Disability Determination for the SSA.

Another Arkansas woman was sentenced this month to ninety-six months in prison for bank fraud and theft of government funds in a case that involved Social Security fraud. Between 2009 and 2018, the woman worked at a Little Rock law firm while also working a separate job, from which she improperly wrote checks to herself. At the same time, she improperly filed Social Security claims using false information.

The woman pleaded guilty in 2021 and submitted letters to the court supporting her request for a reduced sentence—all of which were not written by the people who she claimed wrote them.

“This defendant has spent years defrauding her employer as well as the government out of hundreds of thousands of dollars,” United States attorney Jonathan D. Ross said in a statement. “Her brazen theft is an injustice to those who pay into the system as well as those who truly need its assistance, and today’s sentence indicates the seriousness of her greed-fueled crimes.”