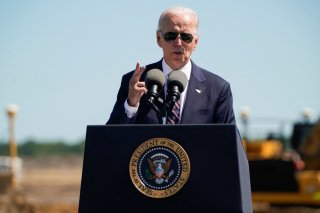 According to Dow Jones estimates, economists had been expecting inflation to fall 0.1 percent and the core CPI to increase 0.3 percent. Meanwhile, economists surveyed by Bloomberg had estimated that annual inflation would fall to 8 percent.

Energy prices fell sharply by 5 percent last month, including 10.6 percent decline for the gas index. However, the food index increased by 0.8 percent, while shelter costs, which make up about a third of the CPI weighting, rose by 0.7 percent.

“Today’s CPI reading is a stark reminder of the long road we have until inflation is back down to earth,” Mike Loewengart, head of model portfolio construction for Morgan Stanley’s Global Investment Office, told CNBC.

“Wishful expectations that we are on a downward trajectory and the Fed will lay off the gas may have been a bit premature,” he continued.

With the elevated CPI numbers, markets tumbled and treasury yields jumped higher in anticipation of an even more hawkish Federal Reserve going forward.

Late last week, Fed Chairman Jerome Powell reaffirmed his stance that the central bank will continue raising interest rates aggressively to convince the American public that it is serious about bringing inflation back under control.

“The longer inflation remains well above target, the greater the risk that the public sees higher inflation as the norm. History cautions strongly against prematurely loosening policy,” Powell said at a CATO Institute conference. “I can assure you that my colleagues and I are strongly committed to this project and we will keep at it until the job is done. The Fed has, and accepts, responsibility for price stability. We need to act right now—forthrightly, strongly.”

The conference was Powell’s last scheduled public appearance before the Fed’s next meeting on September 20 and 21. The central bank has already hiked the benchmark interest rate four times this year, with the federal funds rate now sitting at a range of between 2.25 percent and 2.50 percent.

Over the past month, markets had been widely expecting the Fed to enact a 0.75 percentage point rate increase at the meeting. Following the CPI report, traders are now pricing in a 10 percent chance of a full percentage point hike, according to CME Group data.