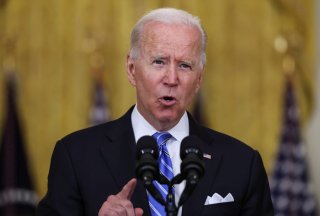 With the national average for a gallon of gas sitting at $5 for much of the past week, President Joe Biden has sent out a letter demanding that oil companies explain why they are not putting more fuel on the market as they reap record profits and the average American consumer continues to suffer.

“The last time the price of crude oil was about $120 per barrel, in March, the price of gas at the pump was $4.25 per gallon. Today, gas prices are 75 cents higher, and diesel prices are 90 cents higher. That difference—of more than 15% at the pump—is the result of the historically high profit margins for refining oil into gasoline, diesel and other refined products. Since the beginning of the year, refiners' margins for refining gasoline and diesel have tripled, and are currently at their highest levels ever recorded,” Biden wrote on Wednesday to the heads of Exxon Mobil, Chevron, Shell, Phillips 66, BP, and other industry leaders.

“I understand that many factors contributed to the business decisions to reduce refinery capacity, which occurred before I took office. But at a time of war, refinery profit margins well above normal being passed directly onto American families are not acceptable,” he added.

“There is no question that [Russian President] Vladimir Putin is principally responsible for the intense financial pain the American people and their families are bearing. But amid a war that has raised gasoline prices more than $1.70 per gallon, historically high refinery profit margins are worsening that pain,” he continued.

Biden also acknowledged that his administration is prepared to take necessary action if oil companies refuse to boost production.

“I am prepared to use all tools at my disposal, as appropriate, to address barriers to providing Americans affordable, secure energy supply,” he wrote.

“The crunch that families are facing deserves immediate action. Your companies need to work with my Administration to bring forward concrete, near-term solutions that address the crisis and respect the critical equities of energy workers and fence-line communities,” he added.

According to ABC News, the American Petroleum Institute responded by contending that it has been the Biden administration’s “misguided policy” in reducing domestic oil and gas production that has increased fuel costs.

“While we appreciate the opportunity to open increased dialogue with the White House, the administration's misguided policy agenda shifting away from domestic oil and natural gas has compounded inflationary pressures and added headwinds to companies' daily efforts to meet growing energy needs while reducing emissions,” Mike Sommers, president of the American Petroleum Institute, said in a statement, adding that the president needs to “prioritize unlocking U.S. energy resources” going forward.