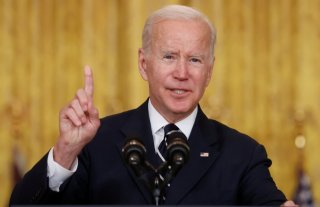 On Wednesday, just before the first anniversary of his inauguration, President Joe Biden held a news conference that lasted nearly two hours. In addition to being the longest media event of his presidency, it was longer than any press conference held by President Barack Obama or President Donald Trump.

The president discussed some of his successes during the marathon press conference, including job creation, vaccine distribution, and the signing of the Bipartisan Infrastructure Law.

Biden also acknowledged the need to continue addressing inflation and the “almost two years of physical, emotional, and psychological weight of this pandemic.” The president’s plan for getting inflation under control included strengthening the supply chain, promoting competition, and passing his Build Back Better agenda.

After passing the House last year, the Build Back Better Act has stalled in the Senate, largely due to opposition from Sen. Joe Manchin (D-WV). The White House and Democratic leadership are currently preparing to negotiate with Manchin to secure his crucial vote.

When asked by a reporter if the White House will be able to get some version of the bill passed by the midterm elections in November, the president expressed optimism.

“Yes, I’m confident we can get pieces—big chunks of the Build Back Better law signed into law,” Biden said.

Another reporter followed up on Biden’s “big chunks” answer and asked him if that means he is considering breaking the current bill up into multiple bills.

“Well, it’s clear to me that—that we’re going to have to probably break it up. I think that we can get—and I’ve been talking to a number of my colleagues on the Hill—I think it’s clear that we would be able to get support for the 500-plus billion dollars for energy and the environmental issues that are there.”

Biden added that while he would not negotiate against himself in the press conference, he believes that “we can break the package up, get as much as we can now, and come back and fight for the rest later.”

Biden also focused on the expanded child tax credit, a major part of the House bill that Manchin opposes in its current form.

“There’s two really big components that I feel strongly about that I’m not sure I can get in the package: one is the Child Care Tax Credit and the other is help for cost of community colleges,” Biden stated. He added that they are “massive things that I’ve run on, I care a great deal about, and I’m going to keep coming back at in whatever fora I get to be able to try to get chunks or all of that done.”