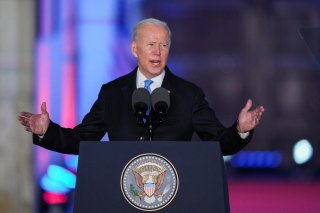 The Social Security Administration (SSA) is preparing to reopen its offices in early April after they were mostly closed for two years. However, the agency is warning that due to underfunding and staffing shortages, customer service may not return to ideal levels for a while.

Economist David A. Weaver recently wrote about this issue for the Hill, noting that Social Security received less funding in the most recent government funding deal than Ukraine did. In fact, Congress approved much less funding for the SSA than President Biden asked for.

“It's possible to laud assistance to Ukraine and still wonder what's wrong at home,” Weaver wrote. “The effects of underfunding an agency with a growing workload are not particularly surprising: large backlogs (one million Americans are currently waiting for a disability determination from SSA), a collapsing service infrastructure (SSA's phone systems are physically breaking down under the volume of calls), and furious members of the public who, in the most difficult times of their lives, cannot get help.”

“Under the proposed $14.8 billion budget, $1.6 billion more … would go toward improving the agency’s services, while efforts to protect the program’s integrity would get $224 million more than in 2021,” CNBC said. The additional money would go to add staff, and also to “state disability determination services and teleservice centers,” according to the report.

Biden proposed a 9.7 percent increase in funding last year. It’s important to note that the president is seeking more money for the administration of Social Security services, as opposed to the long-term solvency of the Social Security fund itself, which is a separate issue. The latter would likely require a change to the funding formula of the Social Security program, which is currently projected to lose the ability to pay out full benefits in 2034.

“While we appreciate many aspects of the President’s FY2023 budget proposal, we had hoped that it would reflect efforts by Democrats in Congress to boost Social Security, including a much-needed increase in benefits and an adjustment of the payroll wage cap so that the wealthy pay their fair share into the system,” Max Richtman, president and CEO of the National Committee to Preserve Social Security and Medicare, said in a statement to CNBC.