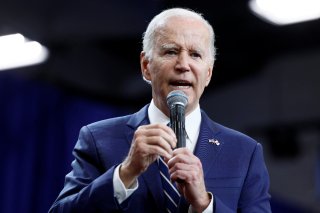 President Joe Biden on Monday slammed oil companies for raking in record profits, saying that they could soon confront higher taxes if they don’t pass on profits to consumers by cutting gas prices, the Washington Post reported.

“Their profits are a windfall of war. It’s time for these companies to stop their war profiteering,” Biden said in his speech, referring to Russia’s ongoing war in Ukraine, which prompted Western sanctions and reduced oil supply.

“They have a responsibility to act in the interest of their consumers, their community and their country, to invest in America by increasing production and refining capacity. If they don’t, they’re going to pay a higher tax on their excess profits and face other restrictions,” he continued.

The president’s remarks come just days after the world’s largest oil companies reported another quarter of outsize earnings. ExxonMobil posted a record profit of $19.7 billion, while Chevron saw $11.2 billion in profit, its second highest on record.

Biden stressed that he is “a capitalist” but added that companies are making “profits so high it’s hard to believe.”

“Increasing taxes on American energy discourages investment in new production, which is the exact opposite of what is needed. American families and businesses are looking to lawmakers for solutions, not campaign rhetoric,” American Petroleum Institute president Mike Sommers said in a statement.

Over the past week, the national average gas price continued its recent trend by trekking lower three cents to settle at $3.76, which is three cents lower than a month ago and thirty-six cents higher than a year ago.

“The recent period of tight oil inventory pushing prices higher on the West Coast is over as regional refineries completed needed maintenance,” Andrew Gross, AAA’s spokesperson, said in a statement.

“The average gas price in California, while still high compared to the rest of the country, is 85 cents cheaper than its peak in early October. This drop has taken pressure off the national average price,” he added.