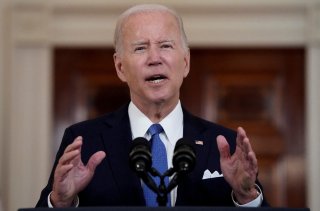 As Americans come to terms with the Supreme Court’s overturning of Roe v. Wade, it appears that Democrats are ramping up pressure on President Joe Biden to take executive action to protect abortion rights.

As reported by The Hill, senators Elizabeth Warren (D-MA) and Patty Murray (D-WA) are leading a group of more than twenty other Senate Democrats calling on the president to look into the viability of an array of executive actions. They could include allowing abortion procedures to be performed on federal property and providing vouchers for those who have to travel out of state to get an abortion.

The news outlet reported that Biden could explore two particular actions, which include protecting access to abortion pills and ensuring people are freely able to travel across state lines for abortions. The president, though, has so far only urged Americans to elect more pro-choice lawmakers to the House and Senate in November’s midterm elections so that Congress has the necessary votes to codify Roe v. Wade into law.

Meanwhile, per CNBC, House Speaker Nancy Pelosi (D-CA) on Monday noted that the chamber’s Democrats are exploring a bill that aims to protect personal data stored on reproductive health apps, ensure the right to freely travel between states, and codify the right to an abortion.

“This weekend, the American people spoke out in person and in large numbers about their opposition to the Supreme Court’s disrespect for a woman’s freedom over her reproductive health,” Pelosi wrote in a letter to fellow House Democrats.

“While this extremist Supreme Court works to punish and control the American people, Democrats must continue our fight to expand freedom in America,” she continued.

The proposed legislation, however, faces long odds due to the fact that it would be up against strong opposition from Senate Republicans. Senate rules dictate that the majority party must be able to garner at least sixty votes to overcome an indefinite filibuster. Currently, the Senate is evenly split fifty-fifty, with Vice President Kamala Harris holding the key tiebreaker.

“It is essential that we protect and expand our pro-choice Majorities in the House and Senate in November so that we can eliminate the filibuster so that we can restore women’s fundamental rights—and freedom for every American,” Pelosi concluded.