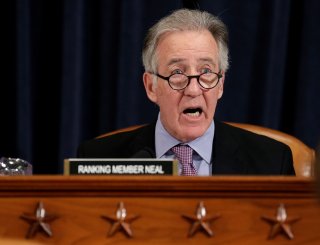 Social Security offices around the country, which were closed for more than two years, finally reopened this spring. The Social Security Administration (SSA) warned at the time that there would still be waits at the offices, which has been the case in some parts of the country.

This week, the leaders of the House Ways and Means Committee once again reached out to the SSA, writing a letter about those wait times at Social Security offices. The letter was addressed to Acting Social Security Administration Commissioner Kilolo Kijakazi.

“We write to urge the Social Security Administration (SSA) to ensure that visitors to SSA offices are served effectively and safely, and are not waiting in line outside in the summer heat in many areas of the country,” the letter said. It was signed by the committee’s leaders from both parties, Chairman Rep. Richard Neal (D-MA) and Ranking Member Rep. Kevin Brady (R-TX).

“We appreciate the efforts SSA has taken to accept in-person visits and reopen field offices to the public in April 2022. After two years of field offices being closed to most visitors, many people are in urgent need of in-person service. However, due to COVID-19 safety precautions, the capacity in air-conditioned waiting areas and at service windows has been reduced, and when offices reach capacity, visitors line up outside,” the letter from the committee said.

The congressmen added that they have received specific reports regarding wait times.

“Although most SSA field offices can assist visitors, in some locations people have been standing outside in the heat for hours at a time, without the guarantee of getting their needs met,” the letter said. “News reports have highlighted how, in high-demand areas, many people, some of whom are elderly or have a disabling condition, have had to wait more than six hours in near 100-degree weather to get help, and in some circumstances, people have had to come back multiple days to get the service they need,” it added.

“We appreciate that SSA has taken steps to improve waiting conditions at some offices, such as providing canopies and access to restrooms and water fountains, but it is clear that more must be done,” the congressmen continued.

Neal and Brady also asked for a response addressing what the SSA is doing to resolve these problems.