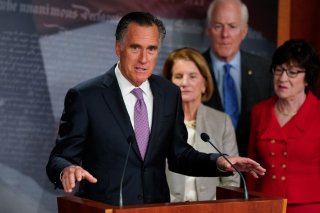 Studies are showing that child poverty rates have been steadily climbing since the end of the enhanced child tax credit in December.

In fact, according to one study conducted by the Center on Poverty and Social Policy at Columbia University, nearly 3.7 million more children have fallen back into poverty due to the expiration of the credits. From July to December 2021, the credits provided eligible parents as much as $3,600 for a child under the age of six and up to $3,000 for children between ages six and seventeen.

This amounted to a $250 or a $300 payment for each child every month Furthermore, these eligible households are now entitled to the second half of the tax credit money when they file a federal tax return this year.

For the popular credits to continue for another year, Democrats needed to pass the highly contentious Build Back Better legislation, which they failed to do largely due to opposition from Sen. Joe Manchin (D-WV). Manchin, like most of the Republicans, believes that extending the credits would only discourage people from working and that any additional federal spending would only further exacerbate current inflationary pressures.

That’s bad news for the millions of struggling parents who are trying desperately to make ends meet. There is, however, a possibility that some form of the enhanced credits could be green-lighted in the near future.

President Joe Biden, in his State of the Union address, called for an extension of the enhanced credit “so no one has to raise a family in poverty.” In addition, Gene Sperling, a senior advisor to the president, told reporters that the child tax credit is “something we all believe in and think is extremely important to get extended.”

According to Cleveland.com, Sen. Sherrod Brown (D-Ohio) has been in discussions with Republicans, including Sen. Mitt Romney (R-Utah), about making an expanded form of the child tax credit permanent. That could mean $300 monthly payments for millions of families.

“It’s going to happen, and I hope it’s going to happen in a bipartisan way,” Brown said during a press call earlier this week. As part of his efforts to promote the program, he contended that issuing the monthly checks to parents reduced the child poverty rate by 40 percent nationally. “My interest is getting it done for over a million Ohio families,” he added.

In contrast to Democratic proposals, Romney’s plan comes with work requirements attached to the payments, which is likely an attempt to garner more bipartisan support in an evenly divided Senate.