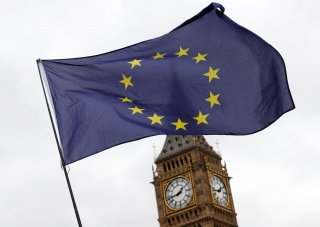 Joe Biden has long been a vocal critic of Brexit, and favored mediating America’s relationship with Europe through Paris and Berlin, rather than through London. And with London now entirely out of the European Union, it would appear they would have less relevance in Washington’s designs for Europe than ever before. But London may yet end up having to be our conduit to Europe by default.

The newly agreed (yet to be ratified) Investment Agreement between Brussels and Beijing shows us why. The political dynamics and geopolitical positioning of the European Union will continue to be dominated by Paris and Berlin for the foreseeable future. In this duopoly, France will always be, as it always has been since World War II, the voice arguing for strategic independence and military and economic self-sufficiency for Europe from the United States. And up until now, Germany was the committed Atlanticist who would temper that instinct in favor of continued friendship and cooperation, economic and political, with Washington.

But in this effort, which will take Europe farther out of the U.S. sphere of influence in the aftermath of the disastrous four years of Donald Trump, and significantly closer to Beijing, was in fact led by Berlin. Angela Merkel, who started her chancellorship as pro-American as one would expect from a German leader who grew up in the East, behind the Iron curtain, questioned her faith in the American guarantees underpinning Europe and Germany’s global positions to such an extent that she tacked hard towards China, even in the face of reticence from France. This is one of the most evident ways in which Trump undermined our global standing.

So Berlin believes it is more productive to build ties with China as opposed to waiting on Republican voters to decide the safety of Europe again in subsequent presidential primaries. And France has always been instinctively inclined towards increased European self-reliance. Both will be happy to welcome Joe Biden to the White House, but neither will be keen to make themselves any more vulnerable to the American electoral cycle.

Throughout this entire mess, only one of the leading European powers has remained steadfastly loyal to Washington: London. This was not just because of Brexit, as a move away from the other Europeans. Britain could have also courted Beijing as it was maneuvering for a global position post-Brexit. But they have done the exact opposite: they have grown increasingly distant from China, not least because of Hong Kong, and the genocide in Xinjiang. This is to say that mending ties with Beijing is also off the cards for the foreseeable future.

What London has done more than the Europeans over the past four years since Brexit and the election of Trump is to assert its position on the global stage in terms of the values of democracy and human rights. And it is as a consequence of that that they have been drifting towards the orbit of Washington quite naturally, and despite divergences of opinion with Trump on these very issues. Britain, therefore, will be Biden’s best friend in Europe in his vision for a multilateral world predicated on those very values.

Another incidental force of attraction between Britain and America that will make them natural allies for the foreseeable future is the almost identical threats they face in the new environment of information warfare: both are similar democracies that share similar institutions, similar enough political cultures, and the same language. When Moscow or Beijing develop their arsenal of disinformation, social polarisation and warfare against the political infrastructure of one country, it is trivial and natural that they will also deploy it against the other. This means that the two countries have profoundly intertwined security interests, and there will always be defense synergies to be had in this area.

And London will also remain a most consequential friend in other crucial ways. Yes, London no longer has a direct say in Brussels, but they remain the second-most important power in NATO, where Washington will need and seek support for the repurposing of the alliance in the defense of those very values of democracy and human rights, against those regional powers which threaten them, mainly Russia and China. And the Europeans remain, for the time being at least, dependent on NATO for their international security. NATO, therefore, will be Washington’s greatest lever of influence in Europe in the coming decade, and within NATO, London will remain our most powerful ally, even as we will have to work to reign Europe in from drifting any closer into the political sphere of Beijing.

Dr. Azeem Ibrahim is a Director at the Center for Global Policy in Washington DC and Research Professor at the Strategic Studies Institute U.S. Army War College.