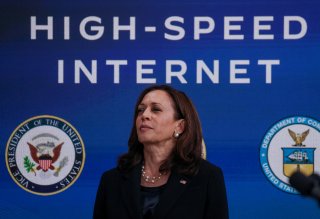 The Federal Communications Commission (FCC) has demanded faster broadband, and easier access to it, for about as long as broadband has existed.

Now, the current chairwoman of the FCC is calling for new benchmarks when it comes to broadband speed.

The agency announced last week that FCC Chairwoman Jessica Rosenworcel had circulated a Notice of Inquiry, in which she “proposed increasing the national standard for minimum broadband speeds and proposed setting a long-term goal for broadband speed.”

“The needs of internet users long ago surpassed the FCC’s 25/3 speed metric, especially during a global health pandemic that moved so much of life online,” Chairwoman Rosenworcel said in the document.

“The 25/3 metric isn’t just behind the times, it’s a harmful one because it masks the extent to which low-income neighborhoods and rural communities are being left behind and left offline. That’s why we need to raise the standard for minimum broadband speeds now and while also aiming even higher for the future, because we need to set big goals if we want everyone everywhere to have a fair shot at 21st-century success.”

In addition, the FCC is calling to “set a separate national goal of 1 Gbps/500 Mbps for the future.

According to CNET, the 100/20 standard matches the one put forth in the Infrastructure Investment and Jobs Act, also known as the Bipartisan Infrastructure Framework.

Last month, Rosenworcel emphasized the FCC’s goal of 100 percent broadband adoption in rural areas.  The goal, she said, was “affordable, reliable, high-speed broadband to 100 percent of the country.” She also said that the upcoming 2.5 GigaHertz spectrum auction will focus on licensing spectrum primarily to rural areas.

Rosenworcel, who had been a two-term FCC Commissioner during the Obama administration, was named acting FCC chairwoman when President Biden took office and was named permanent chair last October, after which she was confirmed in December, on a 68-31 vote in the U.S. Senate. She thus became the first woman to serve as the permanent, non-interim chair of the FCC.

“It’s the honor of my lifetime to lead the FCC and serve as the first permanent female Chair,” Rosenworcel tweeted after the confirmation vote last year. “There’s work to do to make sure modern communications reach everyone, everywhere. Now let’s get to it.”