California Lawmakers Go on the Offensive for Social Security Reform 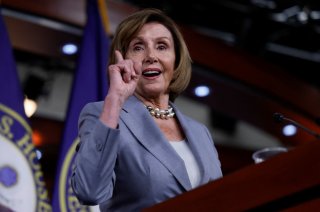 Social Security has, somewhat surprisingly, become a political issue in the midterm elections. While the president and other Democrats have vowed to protect Social Security, some Republican politicians have made noises about implementing big changes to the program. A messaging document released by Sen. Rick Scott (R-FL) even called for sunsetting all federal legislation after five years, which Democrats have interpreted as an existential threat to Social Security.

The president, on the occasion of Social Security’s “birthday,” declared that “Social Security allows for our seniors to retire with dignity, and me and my Democratic friends on the hill are trying to protect it and expand it.” On the other hand, Biden claimed that “Republicans on the Hill—they want to put it on the chopping block."

In the meantime, there are several Social Security reform proposals currently before Congress. However, time is running out, and it doesn’t appear likely that any of them will move significantly before the next Congress is seated.

The president has not endorsed any of the specific proposals, but one of them received a recent boost from the nation’s largest state.

“It’s the state of California telling Congress we want you to pass HR 5723,” California state Sen. Nancy Skinner said, per CNBC. “Social Security is a lifeline for so many people, many more people than the public often realizes.”

The proposed legislation has more than 200 co-sponsors, including nearly all of the Democrats in the California delegation, with just two exceptions, one of whom is House Speaker Nancy Pelosi (D-CA).

In fact, the American Prospect reported in August that the speaker’s office is blocking the advancement of Social Security reform.

“Nancy Pelosi said, ‘Just keep working the bill,’” Larson said in an interview with that publication. “And that’s what we’ve continued to do.”

Pelosi’s office responded to the Prospect: “There is absolutely no question of Democrats’ commitment to the strength of Social Security and Medicare, nor sadly is there any doubt about extreme MAGA Republicans’ commitment to destroying these vital pillars of financial security for our seniors, with House and Senate Republicans constantly calling for them to be slashed or even terminated.”