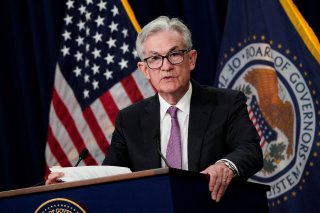 The Federal Reserve’s preferred gauge of inflation once again accelerated in June to hit a new four-decade high, the Wall Street Journal has reported.

The Commerce Department’s Personal Consumption Expenditures (PCE) price index, which measures the change in the prices of goods and services purchased by consumers, showed that consumer prices climbed 6.8 percent last month from a year earlier, up from 6.3 percent in May and April. The PCE gain marked the sharpest rise since January 1982.

Food prices were found to have surged 11.2 percent, while energy prices jumped 43.5 percent, according to the report. Excluding food and energy, the core PCE increased 4.8 percent from the year prior, up one-tenth of a percentage point from May but less than the recent high of 5.3 percent registered in February.

On a monthly basis, the core PCE was up 0.6 percent, the largest monthly gain since April 2021.

“Core inflation is a better predictor of inflation going forward, headline inflation tends to be volatile. So, in ordinary times, you look through volatile moves in commodities,” Fed Chairman Jerome Powell said on Wednesday, per CNBC.

“The problem with the current situation is that if you have a sustained period of supply shocks, those can actually start to undermine or to work on de-anchoring inflation expectations. The public doesn’t distinguish between core and headline inflation in their thinking,” he continued.

“Inflation-adjusted disposable personal incomes fell again in June, and it's really been trending down consistently for well over a year now. And that just puts pressure, it puts a strain on the consumer to react, and I think we're reaching that point now where growth is certainly slowing,” Scott Brave, lead consumer spending economist at Morning Consult, told CNN Business.

“More recently, we started to see that filter into middle-income households as well. They are also starting to pull back more on spending and having to adjust their allocations of spending,” he added.

In an effort to tame persistent inflationary pressures, the Fed on Wednesday raised its key short-term rate by three-quarters of a percentage point for a second straight month. The unanimously approved rate hike now puts the federal funds rate at a range of 2.25 percent to 2.5 percent, the highest level seen since December 2018.

The central bank reiterated that it “anticipates that ongoing increases in the target range will be appropriate,” it added.