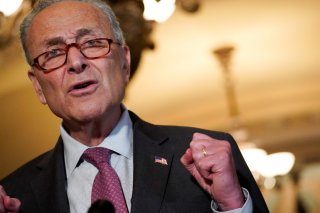 On Tuesday evening, Senate Democrats announced that the party’s internal caucus had agreed to a compromise budget agreement. Speaking to reporters on Tuesday, Senate Majority Leader Chuck Schumer (D-N.Y.) praised the bill and the Democrats’ efforts to achieve a compromise: “We are very proud of this plan […] We know we have a long road to go. We’re going to get this done for the sake of making average Americans' lives a whole lot better.”

The agreement envisions a total budget of $3.5 trillion, to be spent over the next ten years. Its provisions address a number of important issues facing the United States, many of them long-time Democratic priorities such as lowering the cost of health care and addressing the effects of climate change.

While Senate Republicans have continued to oppose the bill, the Democrats’ ability to combine their progressive and moderate wings, which had previously clashed over President Joe Biden’s proposals for large-scale spending programs, into a uniform bloc is an encouraging sign for their ability to pass the legislation on the Senate floor.

The bill also met the approval of Biden, who articulated many of its priorities in his twin American Jobs Plan and American Families Plan proposals at the beginning of the year.

With that said, Democrats have a long way to go before the proposed agreement is signed into law. While the outlines of the spending have been laid down, many specifics are still left ambiguous, leaving ample room for Senate progressives, such as Sen. Bernie Sanders (I-Vt.), and moderates such as Sen. Joe Manchin (D-W.Va.) room to maneuver for further changes.

An even greater challenge comes from Senate Republicans, who have continued to oppose trillions in new spending. A group of five Republicans and five Democrats negotiated a smaller, $1 trillion infrastructure bill as a companion to the larger one, but it is unclear that enough Republicans will support the smaller bill to avoid the threat of a filibuster.

Because 60 votes are needed in the Senate to invoke cloture and end a filibuster, Democrats will need the votes of at least ten Republicans in the Senate for the bill to be approved.

The alternative is a “reconciliation” process, which allows a bill to pass without the possibility of a filibuster. This process was used in March 2021 to pass the American Rescue Plan Act, the legislation responsible for the third round of $1400 stimulus checks. However, the procedural rules surrounding when this process can and cannot be used are complicated; a previous ruling suggested that the Democratic caucus could only use it once more during the current Senate term.