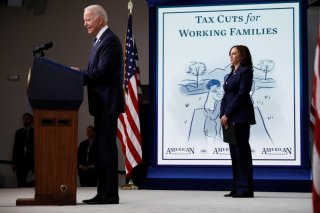 The expanded child tax credit, which made the child tax credit larger and included direct monthly payments for most American families with children, was introduced in 2021 with the signing of the American Rescue Plan Act. For much of the second half of last year, the White House and Democrats in Congress weighed how to keep the expanded credit going. President Biden’s Build Back Better bill, which passed the House, would have extended the credit by one year.

However, that bill died in the Senate in December, bringing an end to the monthly checks. Since then, some Democrats have sought to revive the program, with bipartisan talks reportedly aimed at a compromise between the 2021 version of the tax credit and Sen. Mitt Romney’s child allowance idea.

Rep. Joe Morelle, a Democrat from New York, announced Monday that he is a sponsor of the American Families Act, which would make the expanded child tax credit permanent. The bill has 170 cosponsors, all of whom are Democrats, and has been referred to the House Committee on Ways and Means.

“As we continue to face challenging circumstances at home and abroad, it’s more important than ever to take actions that lower costs for families,” Morelle said at a public event this week, according to his website. “We already know that the child tax credit is transformative: now it’s time to make it permanent and put more money back in the pockets of hard-working parents.”

The bill would make the child tax credit fully refundable like it was in 2021. It would also fund an additional credit for children under six and adjust the amount families receive to account for inflation.

Morelle appeared at the event with activists in the Rochester area, which he represents in Congress.

The American Families Act is not to be confused with the American Families Plan, which was a slogan used by the Biden White House last year for its domestic spending agenda. The terminology for that ultimately evolved into Build Back Better, although the Biden plan did include an extension of the expanded child tax credit.

The White House has not backed Morelle’s bill, nor have Democratic leaders in Congress, and since the one-year extension lacked the votes to pass the Senate, a proposal to extend the credit permanently likely would not either.