Could Americans See Another Round of Stimulus Checks in 2022? 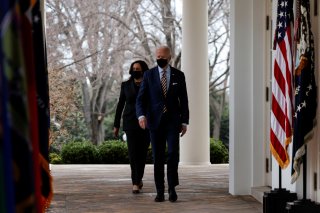 Last year, for the third time since the start of the pandemic, the federal government sent out direct stimulus checks to most Americans. The American Rescue Plan paid for $1,400 checks last March, and most people received their checks at some point later in the spring or early summer.

However, complex circumstances prevented some Americans from receiving their checks last year. Fortunately, the IRS has made the 2021 Recovery Rebate Credit available for those who did not receive some or all of last year’s stimulus check. In order to claim the credit, the individual must file a tax return, even if they don’t normally do so.

The IRS also addressed what would happen if someone died and never received their stimulus payment.

“An individual who died in 2021 or in 2022 and did not receive the full amount of the third Economic Impact Payment may be eligible for the 2021 Recovery Rebate Credit if the individual met the eligibility requirements while alive,” the IRS website said, adding that those who died before 2021 are not eligible.

While it is an important question, most Americans are probably more concerned about the possibility of additional stimulus checks.

Since the American Rescue Plan checks went out last year, a number of popular petitions have called for another round of checks. In addition, there has been growing support for recurring monthly checks since the pandemic began.

However, it doesn’t appear that there is any appetite in the White House or Congress for another wave of stimulus checks. In the months since the passage of the American Rescue Plan, the White House has prioritized the Build Back Better package. Although the administration hopes to provide families with an expanded child tax credit, the Build Back Better package does not include direct checks for everyone.

A bipartisan group of Senators worked together on the possibility of additional stimulus aid for small businesses amid the Omicron wave. CNN reported that the talks died after a senior administration official poured cold water on the idea of more direct stimulus payments.

“There might be something small for restaurants. But the economy is booming, there are millions of open jobs, and we do not believe people should be sitting at home if they are vaccinated and boosted, as most adults are,” the official said.

Some states, however, have launched their own programs to deliver stimulus checks. One such program, California’s Golden State Stimulus initiative, has received a significant amount of attention.