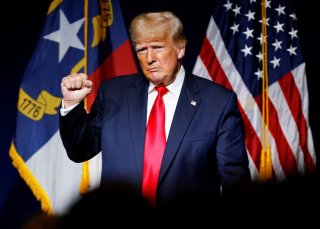 A panel of judges on the 11th U.S. Circuit Court of Appeals on Wednesday ruled unanimously that the Justice Department can resume using documents marked “classified” that were seized from former President Donald Trump’s Mar-a-Lago estate as part of its ongoing criminal probe, according to the New York Times.

A separate review by the special master, Judge Raymond Dearie, of a subset of about 100 records is now partially stopped. He is able to continue his work reviewing the rest of the seized materials.

“[Trump] has not even attempted to show that he has a need to know the information contained in the classified documents,” the three-judge panel, comprised of two Trump appointees and a Barack Obama appointee, wrote in its strongly worded twenty-nine-page decision. “Nor has he established that the current administration has waived that requirement for these documents.”

The judges also agreed with the Justice Department that Trump has yet to submit any record or claim that he ever declassified the documents, which prosecutors have said contain highly sensitive national security information.

“In any event, at least for these purposes, the declassification argument is a red herring because declassifying an official document would not change its content or render it personal,” the judges wrote.

“So even if we assumed that Plaintiff did declassify some or all of the documents, that would not explain why he has a personal interest in them,” they continued.

The court also noted that even former presidents shouldn’t be in possession of classified information without the federal government’s approval.

“For our part, we cannot discern why the Plaintiff would have an individual interest in or need for any of the one hundred documents with classification markings,” the judges wrote, explaining that classified records are controlled by the current government and only should be shared on a need-to-know basis.

“This requirement pertains equally to former Presidents, unless the current administration, in its discretion, chooses to waive that requirement,” they added.

Meanwhile, per USA Today, Trump told Fox News on Wednesday that he had the ability to declassify documents just “by thinking about it.”

“There doesn’t have to be a process, as I understand it,” he said. “You’re the president of the United States, you can declassify just by saying it’s declassified, even by thinking about it.”

Pressed further, Trump insisted that he had declassified the documents in question when his term ended.

“In other words, when I left the White House, they were declassified,” he said.