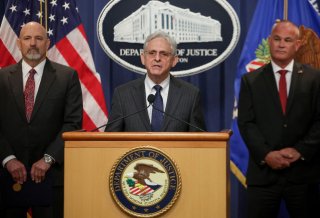 In addition to the collapse in recent months of crypto and NFT markets, several figures in crypto have also been brought up on criminal charges.

The six cases announced by the Justice Department Friday include a crypto NFT scheme, related to the “Baller Ape” NFT, which led to charges of conspiracy to commit wire fraud and conspiracy to commit international money laundering against one man. That case involved a “rug pill,” in which the conspirators collected money and then disappeared.

Another case charged, this time in Florida, was against two men who were charged with one count of conspiracy to commit wire fraud and one count of conspiracy to commit securities fraud. This case involved a crypto-based Ponzi scheme that bilked investors out of a reported $1 million. This was in relation to a crypto investment platform called EmpiresX.

The two men, per the announcement of the indictment, “laundered investors’ funds through a foreign-based cryptocurrency exchange and operated a Ponzi scheme by paying earlier investors with money obtained from later EmpiresX investors.”

The third case, in California, involved Titanium Blockchain Infrastructure Services (TBIS), also a supposed crypto investment platform. The founder was charged with one count of securities fraud after he reportedly falsified white papers in connection with the company’s Initial Coin Offering (ICO). He is also accused of falsely claiming to have business relationships with the Federal Reserve, and with companies like Apple, Disney, and Pfizer.

The other case involved Circle Society, also a crypto investment platform. Its owner was charged with one count of conspiracy to commit wire fraud, four counts of wire fraud, one count of conspiracy to commit commodities fraud, and one count of obstruction of justice. He raised $12 million in funds from investors while misrepresenting his plans and capabilities. This IRS claimed that the founder “preyed on investor interest in cryptocurrency by enticing victims with fake technology and false promises of guaranteed returns.”=

“These cases serve as a crucial reminder that some con artists hide behind trendy buzzwords, but at the end of the day they are simply seeking to separate people from their money,” U.S. Attorney Tracy L. Wilkison for the Central District of California said, per the Justice Department. “We will continue to work with our law enforcement partners to educate and protect potential investors about both traditional and trendy investments.”