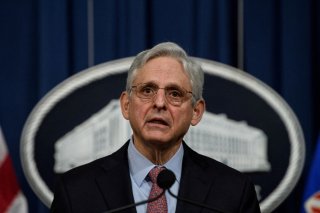 A Federal Grand Jury in Puerto Rico has indicted a man and his “consensual partner” with a litany of crimes, including “mail, wire, and bank fraud, aggravated identity theft, and money laundering violations related to fraudulently obtained funds from the Unemployment Insurance (UI) and Pandemic Unemployment Assistance (PUA) Program.”

According to the press release from the Department of Justice announcing the indictment, the conspiracy included using the Social Security numbers of other people to obtain funds, before they would “alter the fraudulently obtained checks to list the defendant’s own names and personal identifying information,” and then deposit said checks in accounts they controlled.

The man was also indicted, separately, with other crimes, including “fraudulently submitting false immigration documentation, mail fraud, misuse of social security numbers, and aggravated identity theft.” For four years, per the indictment, the man filed a series of petitions under the  Violence Against Woman Act (VAWA), by posing falsely as an attorney and collecting money in exchange for “legal services.”

The man faces up to twenty years in prison for the mail fraud charges, another ten years for misuse of visa, up to five years for misuse of Social Security number, and a “mandatory consecutive two-year term” for the charges of aggravated identity theft.

A fifty-six-year-old Rhode Island man was indicted Wednesday, and prosecutors allege that he “participated in a conspiracy to use the stolen identities of others to gain COVID-related unemployment insurance benefits.” The man has pleaded not guilty to the charges, which include conspiracy to commit mail fraud, five counts of aggravated identity theft, and two counts of theft of government money.

The Justice Department alleges that the man and his co-conspirators “used stolen personal identifying information of other individuals, to file for COVID-related unemployment benefits,” a scheme that was carried out across multiple states, including Ohio, Massachusetts, Arizona, and Texas. The alleged conspiracy also included debit cards, which targets were encouraged to send to the conspirators. The man charged also received payments from the Social Security Administration.

In Ohio, a man was sentenced this week on charges that he took more than  $170,000 in Social Security benefits meant for his late grandfather.

According to The Vindicator, the man was convicted of theft of government property and sentenced to fifteen months in prison. He pleaded guilty last October, after which additional charges—seven counts of mail fraud and six counts of Social Security fraud—were dismissed by prosecutors. In addition to the prison time, the man received three years of supervised release and was ordered to make restitution in the amount of  $172,943.

The man reported at least four times to authorities that his grandfather was alive when he had already died, the report by The Vindicator said. “The level of dishonesty present in the defendant’s conduct requires a sentence that reflects just punishment for the offense,” the sentencing memo said.

A pizzeria owner in Appleton, Wisconsin, agreed this month to plead guilty to tax charges, in connection with accusations that he skimmed from his business. According to WBAY, the owner of Muncheez Pizzeria pled guilty to Filing False Individual Tax Returns and Failing to Collect, Account for and Pay Over Payroll Taxes.

The man was first accused of skimming about $800,000 from the business between 2012 and 2016. And according to an Internal Revenue Service (IRS) statement, the man’s actions affected the Medicare and Social Security benefits of the business’ employees. The case was investigated by the IRS Criminal Division.

“Fulfilling individual and employee tax obligations is a legal requirement and those who willfully evade that responsibility will be prosecuted,” IRS Criminal Investigation Acting Special Agent in Charge Tamera Cantu, of the Chicago Field Office, said in WBAY. “Employers have a responsibility to their employees to withhold the proper amount of taxes and pay those taxes over to the IRS. When employers fail to do so, it affects revenue to the United States government, but more importantly, it affects their employees' Medicare and Social Security benefits.”

A Honduran national was charged last week with illegally using a social security number in order to obtain employment, the U.S. Attorney's office for the Eastern District of Louisiana announced. The man faces five years in prison and a fine of up to $250,000, as well as a mandatory special assessment fee of $100.00.