Deep Plunge: $1.5 Trillion in Home Equity Lost Since May 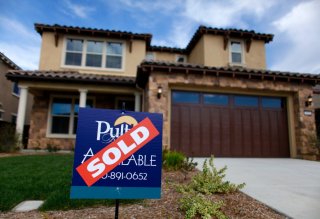 The historic surge in home prices during the first two years of the Covid-19 pandemic is quickly reversing course, according to a new CNBC report.

According to a new report released by the mortgage software and analytics company Black Knight, roughly $1.5 trillion of home equity has vanished since May, with the average borrower having shed $30,000 in equity.

“That is—by far—the largest quarterly decline on record by dollar value and the largest since 2009 on a percentage basis,” he continued.

However, at the end of September, home prices were still found to be up more than 40 percent. Individuals who purchased their homes before the pandemic collectively have $5 trillion more than they did before the global health crisis—amounting to $92,000 more equity per borrower.

“While additional declines may be on the horizon, homeowner positions remain broadly strong,” Graboske said.

Additionally, the share of people who owe more on their mortgages than their homes are worth is still low at just 0.85 percent, or less than 500,000 borrowers. That figure, however, is beginning to crawl higher, as it is up twofold compared to May.

“This is obviously a situation that demands careful, ongoing monitoring, but to put that into context, just 3.6 percent of nearly fifty-three million U.S. mortgage holders are either underwater or have less than 10 percent equity in their homes—roughly half the share coming into the pandemic,” Graboske said.

The Federal Reserve’s ongoing fight with decades-high inflation, which has led to a series of interest rate hikes, has considerably cooled the housing market.

“Housing is significantly affected by these higher rates, which are really back where they were before the global financial crisis,” Fed Chairman Jerome Powell said during a news conference last week. “They’re not historically high, but they’re much higher than they’ve been.”

Rates on the popular thirty-year fixed-rate mortgage currently sit at 7.2 percent, according to Mortgage News Daily, up from 6.9 percent two weeks ago and roughly 3.2 percent from this time last year.

According to LendingTree, a $300,000 loan on a thirty-year fixed-rate mortgage at December’s rate of 3.11 percent would have meant a monthly payment of about $1,280. Today’s rate of 7.2 percent brings the monthly payment to well over $2,000.