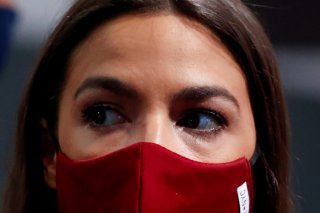 Left-wing Democrats have voiced increasing concerns about President Joe Biden’s willingness to compromise on campaign promises to appease conservative voices over the past week, leading to concerns that progressive frustration with moderate party leadership might doom the Democrats in the 2022 midterm elections.

While Biden’s tenure in office has been marked by several significant achievements–the early “American Rescue Plan Act” that provided $1,400 stimulus checks to all Americans, the recently-passed bipartisan $1 trillion infrastructure bill, and the pending “Build Back Better Act,” approved by the House and under consideration in the Senate – progressives have nonetheless expressed their discontent, arguing that the administration has been too willing to abandon its core principles in the name of political expediency.

This dissatisfaction has made more visible an increasingly prominent divide within the Democratic Party, cleaving the progressive wing, commonly represented by Sens. Bernie Sanders (I-Vt.) and Elizabeth Warren (D-Mass.) and Rep. Alexandria Ocasio-Cortez (D-N.Y.), from the moderate wing, represented in theory by Biden. Progressives have argued that many of their policies–a $15 federal minimum wage, immigration reform, and expanding voting rights–have broad support among the American electorate. They have also pushed for greater climate action, which has largely been left out of the upcoming spending bill–largely at the behest of Sen. Joe Manchin (D-W.V.), whose stock portfolio includes substantial holdings in coal mining, a major industry in West Virginia. They have increasingly criticized Manchin for his reluctance to sign onto major spending bills; he was instrumental in cutting the Build Back Better Act from $3.5 trillion in half, eliminating major progressive spending priorities.

While the progressive wing is highly successful at engineering turnout in primary elections, helping to secure nominations for its candidates–Ocasio-Cortez herself successfully defeated Rep. Joe Crowley (D-N.Y.), a nine-term incumbent serving as the head of the House Democratic Caucus, by running against him from the left–the conventional wisdom suggests that moderate candidates are better able to attract more support in general elections. Bridging the gap has proven difficult.

Commentators have claimed that increasing division within the Democratic Party has had a major negative consequence for both sides. It has fed a narrative of division and chaos in Washington which has undermined Biden’s pledge to restore sanity and good government. In the months since his election, the president’s poll numbers have plummeted, leading to further criticism between the two wings. It remains unclear how their messaging will change in the run-up to the 2022 midterm elections, if at all.