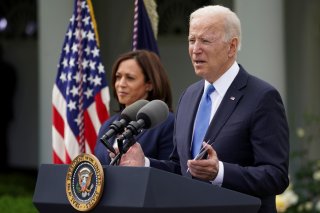 As the third round of stimulus payments draws to a close, dialogue on a prospective fourth round of payments is predictably increasing. Progressive Democratic lawmakers, in particular, have pushed for another round of stimulus relief, although Republican lawmakers have equally pushed back against it, describing further stimulus legislation as costly and unnecessary.

Still, the prospect of political opposition has not prevented many House and Senate Democrats from making their positions known. At least three Democratic legislators have written letters – cosigned by dozens of other lawmakers – to President Biden, requesting a fourth round of stimulus payments.

One interesting feature of House Democrats’ proposals is that many have not stopped at a fourth check. Instead, they have suggested that the government send out recurring checks – commonly cited at $2000 per month – for the duration of the pandemic. This idea did not originate on Capitol Hill, however; long before it was a serious policy discussion, it was endorsed in a Change.org petition, which gathered more than two million signatures from its launch in the early days of the pandemic.

So far, Biden does not appear interested. Instead, the former Vice President has devoted his time to advocating for the American Families Plan, a COVID-19 relief bill designed to help working families in the United States. Commentators have observed that certain measures with the AFP – the expansion of the Child Income Tax Credit, for instance – effectively amount to a fourth stimulus check, in terms of money saved.

However, the American Families Plan is explicitly targeted towards the needs of families with young children, and therefore the plan largely excludes the needs of single men and women. For this reason,

It has been speculated that Biden has four major measures he can use to combat the pandemic and provide relief. Recurring stimulus payments, though clearly expensive, are one such measure. Making the Child Income Tax Credit permanent is a second.

Other major ideas that the president could pursue include a minimum wage hike – from $7.25 per hour nationwide to $15, a long-time progressive priority, or to $11, a more modest goal supported by Senator Joe Manchin (D-WV) as well as several Republican lawmakers. A final option is a renewal or expansion of federal unemployment benefits, which are scheduled to end near the end of summer 2021.

Of all of these, however, Biden has so far displayed a key emphasis on his American Families Plan, and specifically on ensuring that the Child Income Tax Credit increases were made permanent.