Experts: Don’t Get Your Hopes Up for Significant Gas Price Relief 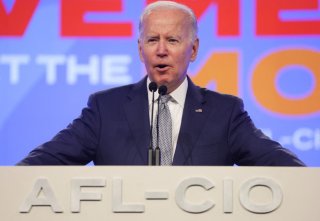 In just one week, GasBuddy reported that the average national gas price declined roughly 9 cents to $4.88 per gallon.

“The way that decline potentially continues is if we see a drop off in demand,” Rebecca Babin, a senior energy trader at CIBC, told Yahoo Finance Live.

“I would note that the prices at the pump have come off by maybe 2 percent to 3 percent whereas the prices of commodities have come off 10 percent to 15 percent [off their highs]. So it hasn't been an equal relationship there. Unfortunately, I don't think we are going to see this gap lowering prices at the pump because demand has remained pretty resilient and we have China starting to reopen,” she added.

According to GasBuddy, U.S. gas prices are expected to drop 10 to 20 cents by the Fourth of July. After that, however, Americans should prepare for more pain at the pump.

“It’s been a scorching summer at the pump with record prices set in every state. While we may see brief relief here and there, the high prices don’t seem to be holding many Americans back from hitting the road with the economy fully reopen[ed],” Patrick De Haan, head of petroleum analysis at GasBuddy, said in a release.

“While we may see relief as we approach July 4, and potentially after, the volatility in markets remains high. We still could see a super spike in gas prices later this summer, should a hurricane threaten Gulf Coast oil refineries or oil platforms. Motorists should know that while we may see small relief today, risks remain that prices could go up at a moment's notice and set new records again,” he continued.

Meanwhile, President Joe Biden has signaled that he is nearing a decision on a temporary pause on the 18.3-cent-per-gallon federal gasoline tax, which could offer some relief to American drivers.

“If the tax is suspended, prices at the pump could drop even further this summer, saving American drivers collectively about $70 million per day while the average motorist saves $25-$70 over three months,” GasBuddy noted.

However, per the New York Times, some experts are contending that the federal gas tax makes up such a small portion of the price at the pump—coming in at less than 5 percent of the total cost—that many consumers might not even notice the change.