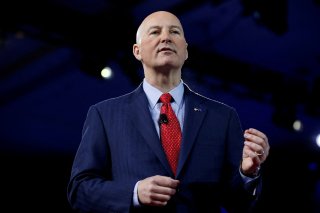 A Nebraska mother and her teen daughter are facing multiple criminal charges in a case that involved police obtaining Facebook messages between the two individuals that authorities allege show evidence of an illegal abortion procedure.

As reported by the Lincoln Journal Star, then-seventeen-year-old Celeste Burgess and her mother, forty-one-year-old Jessica Burgess, were charged in early June after Jessica allegedly helped her daughter abort, burn, and bury her fetus. Celeste, who is being tried as an adult in the case, and her mother have pleaded not guilty.

According to NBC News, an investigation into the case was launched in April, well before the Supreme Court in June struck down Roe v. Wade, the 1973 landmark decision that established the constitutional right to abortion. According to a sworn affidavit from Detective Ben McBride of the Norfolk Police Investigations Unit, police started the probe with a tip from a woman who described herself as a friend of Celeste’s who stated that she saw her take the first abortion pill in April.

Abortion is illegal in Nebraska after the twentieth week of pregnancy. According to the affidavit, Burgess had a miscarriage when she was about twenty-three weeks pregnant, soon after having taken the abortion pills.

CNN reported that investigators served Meta, Facebook’s parent company, with a search warrant on June 7 for information pertaining to the accounts of Celeste and her mother. Within two days, the company turned over 250 MB of data related to Celeste’s Facebook account and more than 50 MB of data about Jessica’s account.

The alleged Facebook chats, published in court documents seen by NBC, show a user named Jessica telling a user named Celeste about “What i ordered last month” and instructing her to take two pills twenty-four hours apart. The data also included direct message exchanges regarding what to do with “the evidence,” according to the affidavit.

Meta responded in a statement on Tuesday by contending that “nothing in the valid warrants we received from local law enforcement in early June, prior to the Supreme Court decision, mentioned abortion.”

It continued: “The warrants concerned charges related to a criminal investigation and court documents indicate that police at the time were investigating the case of a stillborn baby who was burned and buried, not a decision to have an abortion. Both of these warrants were originally accompanied by non-disclosure orders, which prevented us from sharing any information about them. The orders have now been lifted.”

Elizabeth Nash, a state policy analyst at the Guttmacher Institute, a nonprofit group that advocates for reproductive rights policy, said this particular case could be more common going forward in a post-Roe world.

“The police could have decided not to charge them, but it looks like the police are throwing the book at the mother and daughter, charging them with everything from criminal abortion to false reporting,” she told NBC.

“This is the kind of response we are expecting to the Dobbs decision and states’ banning abortion,” she continued.