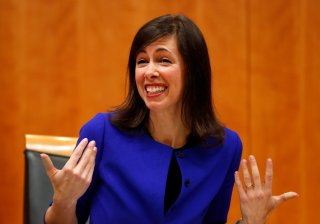 The Federal Communications Commission (FCC) has recommended a fine of $220,210 against an Ohio man who allegedly created a fake broadband company in order to scam low-income consumers. The alleged crimes took place between May and August of 2021.

The bogus company, Cleo Communications, allegedly scammed people through the Emergency Broadband Benefit (EBB) program. The man and the company “apparently willfully and repeatedly engaging in conduct that violated the federal wire fraud statute and the Commission’s rules,” the FCC said.

“While Cleo never filed for or received disbursements from the EBB Program, Cleo promised consumers that they would receive EBB Program-discounted broadband services and devices in exchange for online electronic payments to Cleo, but the company never delivered the broadband services or devices,” the FCC said. “Cleo’s schemes to defraud consumers under the pretense of participating in the EBB Program caused severe harm not only in monetary terms to the low-income consumers it preyed upon but also to the trust and goodwill this or any program needs to achieve its purposes effectively.”

The EBB was set up in 2021 to help low-income people get emergency access to broadband services during the COVID-19 pandemic. The FCC said that the scam took advantage of special rules put in place during the pandemic. The EBB was discontinued and replaced by the Affordable Connectivity Program (ACP) in December 2021.

“To help meet its goal of quickly providing assistance to consumers struggling to obtain affordable internet access, Congress directed the Commission to permit broadband service providers that were not eligible telecommunications carriers (ETCs) to apply for expedited Commission approval to participate in the EBB Program. Cleo applied for and received expedited approval. Cleo never filed for or received disbursements from the EBB Program.”

The charge came about due to an investigation by the FCC’s Enforcement Bureau. “The Commission has determined that Cleo apparently willfully and repeatedly committed wire fraud by misrepresenting to consumers that Cleo would deliver discounted services and devices to them under the EBB Program in exchange for discounted EBB payments … Based on the Bureau’s investigation, the Commission has also determined that Cleo apparently willfully and repeatedly engaged in misrepresentations in its application and election notice to participate in the EBB Program.”

According to an Ars Technica report about the case, there were complaints from eight different states. Cleo Communications threatened to sue customers who complained, and the company failed to respond to a subpoena issued by the FCC. The company, and its owner, remain listed in the OpenGovUS database. It also holds an F rating from the Better Business Bureau, although only three complaints are listed on the site currently.