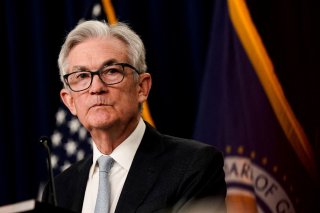 Federal Reserve officials Thomas Barkin and Susan Collins have suggested that interest rate hikes might not have to be as aggressive going forward, CNBC reported.

Barkin noted that rate increases now have taken on a policy in which the central bank has switched from having its foot on the gas pedal to the brake.

“It is entirely conceivable to me, we would end up over 5 percent,” he added. “But to me, that’s not a plan, that would be an output of our effort to try to keep inflation under control.”

“Policy has moved expeditiously into restrictive territory, but there is more work to do. In this next phase for policymaking, my focus is shifting from raising rates rapidly to determining the level that the funds rate must reach to be sufficiently restrictive to achieve the desired outcomes,” she said, per CNBC.

“This recognizes that the risks of inflation falling too slowly and of the economy weakening too quickly are becoming more balanced,” she continued.

Collins noted that she doesn’t believe a “significant slowdown” in the economy is necessary to tame decades-high inflation.

“Therefore, it will increasingly be important to balance the risk of possibly slowing demand in the economy too much, with the risk of allowing inflation to persist too long and possibly de-anchoring inflation expectations,” she said.

Last week, the Federal Reserve signed off on a fourth-straight seventy-five-basis-point interest rate hike but hinted that it might be getting closer to slowing the pace of future rate increases.

With the widely telegraphed move, the central bank boosted its short-term borrowing rate to a target range of 3.75 percent to 4 percent, the highest level seen since January 2008. Meanwhile, futures markets are pricing in the greatest odds of a peak rate of 5 percent to 5.25 percent sometime in the first half of 2023.