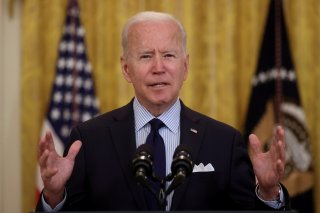 While the Biden administration has seemingly downplayed the possibility of a fourth stimulus payment, recent comments by the White House press secretary suggest that President Biden may be open to the idea of another round of federal stimulus payments.

Following the passing of the American Rescue Plan in March, the IRS began the process of distributing the third round of direct federal stimulus payments worth up to $1,400 to eligible Americans. Since then, the IRS has sent out nearly 167 million of these payments in several batches worth a total of roughly $391 billion. These payments, which have coincided with greater rates of vaccination and the reopening of many businesses across the country, have played a major role in helping to jumpstart an American economic revival.

Despite this, the Biden administration has been relatively quiet about the possibility of a fourth stimulus payment. White House press secretary Jen Psaki previously commented that the issue of a fourth stimulus payment would be left up to Congress, before also pointing out that such a measure would constitute a very significant expense. The Biden administration has instead been focused on generating support in Congress for its two proposed COVID-19 relief bills – the American Families Plan and American Jobs Plan – which do not include additional stimulus payments.

More recently, however, comments by Psaki have suggested that Biden may in fact be open to the idea of a fourth stimulus payment. According to Psaki, President Biden is open to “a range of ideas on what would be most effective and what’s most important to the economy moving forward”.

Some Congressional Democrats have suggested that additional stimulus payments could be included as part of the Biden administration’s proposed bills, although such a proposal is likely to face significant resistance from Republicans and from some moderate Democrats.