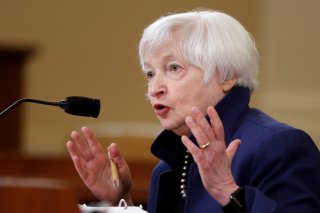 A period of global stagflation similar to that of the 1970s is a possible scenario in the months ahead, according to a World Bank global economic forecast released this week.

As reported by CNBC, “the present high-inflation, weak growth environment has drawn parallels with the 1970s, a period of intense stagflation which required steep increases in interest rates in advanced economies and triggered a string of financial crises in emerging market and developing economies.”

“Clear parallels exist between then and now … [including] supply side disturbances, prospects for weakening growth, and the vulnerabilities emerging economies face with respect to the monetary policy tightening that will be needed to rein in inflation.”

Given this backdrop, the World Bank also suggested that most countries should start preparing for a recession. “For many countries, recession will be hard to avoid,” the World Bank’s president, David Malpass, said in a statement.

Global growth is expected to slump from 5.7 percent in 2021 to 2.9 percent in 2022, which is substantially lower than the 4.1 percent growth rate predicted last January. Growth will likely hover around that level from 2023 to 2024, while hot-running inflation remains above target in most countries. Meanwhile, growth in advanced economies is projected to decelerate from 5.1 percent in 2021 to 2.6 percent in 2022—1.2 percentage points below estimates in January.

“The war in Ukraine, lockdowns in China, supply-chain disruptions, and the risk of stagflation are hammering growth,” Malpass said. “Markets look forward, so it is urgent to encourage production and avoid trade restrictions. Changes in fiscal, monetary, climate and debt policy are needed to counter capital misallocation and inequality.”

However, per Reuters, Treasury Secretary Janet Yellen said on Thursday that she does not expect the U.S. economy to tip into a recession.

“I don't think we're [going to] have a recession. Consumer spending is very strong. Investment spending is solid,” she said during a New York Times Dealbook event.

“I know people are very upset and rightly so about inflation, but there's nothing to suggest that a … recession is in the works,” she continued.

Last week, Yellen admitted that she mistakenly believed that inflation was transitory, although she told the event that she would not change her policy decisions if given another opportunity.

“I wouldn't do it differently,” she said. “Things can always happen that you don't expect. The world's very uncertain.”

Yellen’s comments come as inflation reaccelerated in May to 8.6 percent year-over-year, rising at the highest level since December 1981, according to the U.S. Bureau of Labor Statistics.

Per ABC News, energy, food, and housing costs largely contributed to the surge in consumer prices.

“So much for the idea that inflation has peaked,” Greg McBride, chief financial analyst with Bankrate, noted in a statement. “Consumer prices blew past expectations. … Worse, the increases were nearly ubiquitous. Just no place to hide.”