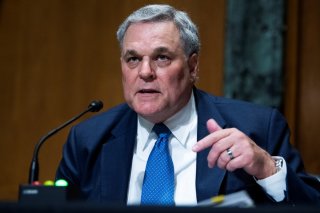 The U.S. Senate's passage of the Inflation Reduction Act (IRA) on Sunday represented a political victory for President Biden, as it revived a portion of the Build Back Better agenda that crashed and burned late last year.

But it also represented a victory for the Internal Revenue Service (IRS).

According to the Associated Press, the legislation will represent an infusion of funding for the IRS that the agency has long been seeking. The IRS will receive $79.6 billion in additional funding over the next ten years. The majority of that will go towards enforcement, with the rest allocated among operations support, improved call-back services, and more.

The increased enforcement is projected to yield an additional $203.7 billion in added revenue.

“Every measure that is important to effective tax administration has suffered tremendously in recent years, with profound deficiencies resulting from underinvestment in human capital and information technology,” IRS Commissioner Charles Rettig said, per the AP.

Secretary of the Treasury Janet Yellin, in her June testimony in June before the Senate Finance Committee, called for greater IRS funding, in discussing the president’s budget plans.

“I think it should be a very high priority for Congress to give the IRS the resources it needs,” Yellin said. “[The IRS]…has fewer staff than it did 40 years ago. It’s operating with technology from the 1960s using a programming language that is archaic and no longer taught in any school in the country.”

Republicans, who voted unanimously against the bill in the Senate, have been less complimentary.

“I think it’s terrible for them to want to weaponize the Internal Revenue Service, to supersize it in an effort to go after, you know, families and farmers and small businesses and try to raise more money,” Sen. John Barrasso, R-WY, told the AP. “It’s basically a shakedown operation.”

Sen. Rick Scott (R-FL)’s “12-Point Plan to Rescue America,” a messaging document for the 2022 midterm elections that was released in the spring, called for the opposite plan.

“We will immediately cut the IRS funding and workforce by 50%,” the plan suggested.

Back in February, the IRS dropped plans to utilize facial recognition technology from a firm called ID.me, yet the company still provides the IRS with digital identification verification.

“The IRS takes taxpayer privacy and security seriously, and we understand the concerns that have been raised,” Rettig said at the time. “Everyone should feel comfortable with how their personal information is secured, and we are quickly pursuing short-term options that do not involve facial recognition.”

Editor’s note: The original version of this article incorrectly stated that the IRS and ID.me were no longer partnering on verification technology. We regret the error.