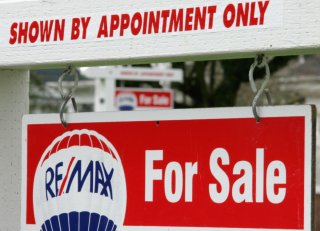 The U.S. housing market is so competitive in some regions that even drug-infested homes are selling for more than half-million dollars.

This was the case in the Canyon Rim Millcreek neighborhood in Salt Lake County, Utah, where one particular $575,000 home listing—known to be contaminated with methamphetamine—had no issues finding a willing buyer.

The listing said that the 1,468-square-foot home, with three bedrooms and one bathroom, tested positive for the drug with a bid to remediate at a cost of $4,500, which the buyer has agreed to pay. “It's definitely an affluent neighborhood,” April Davis, who lives next door to the property being listed for sale, told KUTV. “This area seems to be a really popular area for investors to do quick turnovers with homes,” she added.

The news outlet noted that according to the Salt Lake Board of Realtors, homes in this zip code have a median sale price of $805,000. “It does shock people to know there's meth in their neighborhood, for sure. A lot of what we see are just lower levels from people using and not necessarily manufacturing,” Shane Woodworth, owner of Crime Scene Cleaners, a company that cleans up meth-contaminated homes, told KUTV. “A lot of people live in them and are just fine but there's a small percentage of people that really do get very sick from these contaminated homes and living there,” he continued.

Unsurprisingly, homes that aren’t contaminated with drugs are doing even better in this cutthroat housing market. So much so that amid the staggering increases in home prices witnessed across much of the country, some experts are now sounding the alarm of another potential housing bubble. “We’re not in a housing bubble just yet—but we’re skating close to one if prices continue rising at the current pace,” George Ratiu, manager of economic research at Realtor.com, noted in a release.

According to the latest S&P CoreLogic Case-Shiller national home price index, prices have surged nearly 20 percent in February year-over-year. That is up from the 19.1 percent annual increase in January and is the third-highest reading in the index’s thirty-year-plus history. “[The] index highlights a housing market experiencing a renewed sense of urgency in February, as buyers worked through a small number of homes for sale in an effort to get ahead of surging mortgage rates,” Ratiu continues.

The rest of 2022 likely won’t see much relief, either, as Fannie Mae is now projecting that home prices will climb another 10.8 percent—which is on top of a record 18.8 percent spike that occurred last year.

According to Zillow, its researchers are predicting that U.S. home prices will climb 14.9 percent between March 2022 and March 2023. The good news is that the figure is down nearly 3 percentage points from last month, when the company stated that home prices would rise 17.8 percent year-over-year.