How Did the Pandemic Affect the Solvency of Social Security? 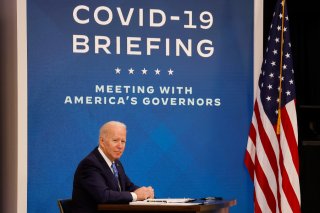 Two developments over the course of the COVID-19 pandemic have received much attention. First, nearly one million Americans have died of coronavirus-related illness, with deaths disproportionately suffered by older people. Second, it has also been announced that the main trust fund for Social Security will run out of money in 2034, a year earlier than previously projected.

A reader writing into the NJ.com NJMoneyHelp column asked about this dynamic: “Since life expectancy in the United States has dropped with COVID, why do they say that Social Security will run out of money?” The answer, the author wrote, is “complicated.”

Jerry Lynch, a financial planner, told the NJ.com column that other factors are at play as well. “With COVID, many people just said ‘I’m out’ and retired earlier than expected over the past two years,” Lynch said. “People are living too long. Baby Boomers are retiring during this period and there are a lot of them. The system was never designed to pay out for that long.”

Indeed, when the Social Security Administration (SSA) announced last year that the Social Security insolvency date was a year closer than previously thought, the 2020 recession caused by the pandemic was named as the primary reason why. That’s because of the drop in payroll taxes, as well as declines in birthrates and immigration during the lockdown period, an Associated Press analysis said.

“For Social Security, the loss of payroll tax revenue outweighed any savings from what the program would have paid out to people whose lives were lost in the pandemic,” the Associated Press said last fall.

"The finances of both programs have been significantly affected by the pandemic and the recession of 2020," a government report said of Social Security and Medicare. Moreover, while many older Americans passed away from COVID-19, there will presumably be fewer such deaths in the future.

Lynch’s ideas for improving the solvency of Social Security include some that have been proposed in the past, including increasing taxes on wages and “indexing the full retirement age better for today’s life expectancy.”

“The major problem here is that all the solutions involve pain, that is either more taxes, reduced benefits or working longer,” he said. “This is a very important issue that I do feel needs to be addressed and small changes will not have a very large impact long term.”