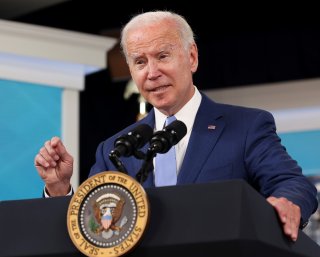 Each year, the Social Security Administration (SSA) announces a cost-of-living adjustment (COLA), which is pegged to inflation. Most years, it doesn’t change by more than a couple of percentage points. But for this year, due to rising inflation in 2021, the COLA increase was 8.2 percent, the largest since the early 1980s.

With inflation continuing to rise, it’s likely that the COLA increase next year will once again be high.

Stephen Goss, the chief actuary of the Social Security Administration, said during a webinar earlier this month that the number could be around 8 percent.

"Looking at the CPI-W trends we're seeing so far this year, it's likely we'll have a COLA closer to 8% than to 3.8%," Stephen Goss, the chief actuary of the Social Security Administration, said.

Meanwhile, CBS News reported Monday that one estimate sees the COLA number going as high as above 10 percent.

The Committee for a Responsible Federal Budget said this week, per CBS, that the 2023 COLA increase “will likely fall somewhere between 7.3 percent and 10.8 percent.

The Senior Citizens League, back in May, said that the COLA increase for next year could be as high as 8.6 percent and that inflation had caused Social Security benefits to lose as much as 40 percent of their buying power. That’s because the rate of inflation has outstripped the percentage of the COLA increase.

“Retirees know all too well that, Social Security benefits don’t buy as much today, as when they first retired,” Johnson noted. To put it in context, for every $100 of goods or services that retirees bought in 2000, today they would only be able to buy $60 worth.”

Part of the recently introduced Social Security reform plan, backed by Sen. Bernie Sanders (I-VT), would change the formula for calculating the COLA changes, to the Consumer Price Index for the Elderly (CPI-E.)

“If we were setting up a perfect world, then it might be worthwhile having a separate CPI for older people or people who are receiving Social Security benefits, than for the rest of the population, because their spending patterns do differ somewhat,” Alicia Munnell, director of the Center for Retirement Research, told CNBC earlier this month.

The Sanders bill, titled the Expand Social Security Act, would increase benefits by $2,400 a year and extend the program’s solvency for seventy-five years, through 2096.

“At a time when half of older Americans have no retirement savings and millions of senior citizens are living in poverty, our job is not to cut Social Security,” Senator Sanders said in the announcement of the bill. “Our job must be to expand Social Security so that every senior citizen in America can retire with the dignity they deserve and every person with a disability can live with the security they need.”