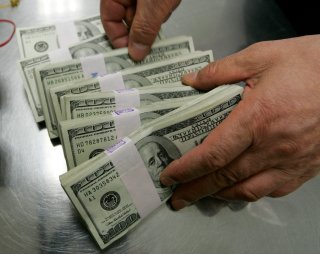 With inflation currently sitting at levels well above 8 percent, it seems as though the much-applauded 5.9 percent cost-of-living adjustment (COLA) for Social Security recipients this year has lost much of its shine.

Despite this concerning backdrop, there appears to be a silver lining on the horizon: the Senior Citizens League is now forecasting that the COLA will reach a whopping 8.6 percent next year, the biggest adjustment since way back in 1981 when recipients saw an 11.2 percent bump.

As reported by CBS News, the typical monthly check from Social Security is currently roughly $1,658—which means that recipients could expect to see an increase of more than $142 per month, totaling an average of $1,800, beginning in 2023.

The Senior Citizens League noted in its release that continuous high inflation has caused Social Security benefits to lose an eye-opening 40 percent of their buying power since 2000. In March of last year, the figure was at 30 percent.

The group also discovered that since 2000, COLAs have increased Social Security benefits by a total of 64 percent—but a typical senior’s expenses through March 2022 swelled more than twofold that rate by a total of 130 percent.

“People who have been retired the longest have really been impacted the most because they’ve had a cumulative effect where their COLA hasn’t been keeping up,” Johnson told CNBC.

CBS also reported that more seniors are increasingly relying on food banks and food stamps as their purchasing power erodes. The Senior Citizens League’s recent polls are indicating that nearly half, or 45 percent, of respondents in January admitted that they relied on these resources to secure food, which was two times higher than in October.

“It's pretty dismal,” Johnson told the news outlet. “This is the point where I want to cry.”

The SSA will set the 2023 COLA in October based on the previous three months of inflation data—meaning that the actual COLA increase could be somewhat different from the Senior Citizens League’s forecast.