How Many Americans Rely on Social Security for Their Entire Income? 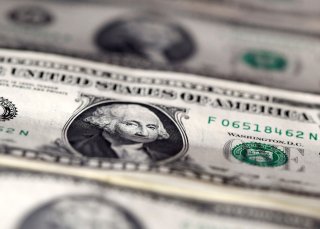 Social Security is a program meant to help older and retired Americans with their income, although it is not necessarily intended to provide their entire income. But for some older Americans, it does just that.

While the cost-of-living increase for Social Security this year was 6.2 percent, the largest gain since the early 1980s, inflation has taken a bite out of that difference.

“People are really starting to feel the impact of inflation, especially on everyday things,” Kristen Holt, president and chief executive of GreenPath Financial Wellness, told CNBC. “And that’s putting a big strain on people living on a fixed income.”

The news outlet also reported some help that is available for seniors who are eligible for Social Security but have no other income or savings available to them at that time in their lives.

These include the Supplemental Nutrition Assistance Program (SNAP), the Department of Agriculture’s Commodity Supplemental Food Program, and various programs meant to assist with drug costs, such as the Medicare Savings Program and Medicare Part D.

The Future of Social Security

The latest Social Security Trustees report, released last August 2021, found that Social Security will only be able to pay full benefits through 2033 under its current models, with models needing to be reduced starting in 2024. This is a year sooner than previously projected.

That could change should Congress take action at some point in the intervening years to raise taxes, cut benefits, or otherwise change the funding model.

The issue does not appear to have penetrated politics in any major way. Neither the president nor leaders in Congress have talked much about it, and there’s little indication that the future of Social Security will play any type of major role in this year’s midterm elections or in the next presidential election.

However, Politico reported last week that Sen. Joe Manchin (D-WV) said that he supports increasing the cap on the amount of income taxed to fund Social Security to $400,000.

"You could raise it to $400,000 overnight ... I've got the will to do it, that's all I can tell you because I've got grandchildren. Ten grandchildren. We've got future generations depending on us to do the right thing. I'm willing to do a lot of good things on climate too,” the senator told a West Virginia news outlet, Politico reported.