The Hunting Game: Why U.S. Spy Planes are Looking for Chinese Submarines 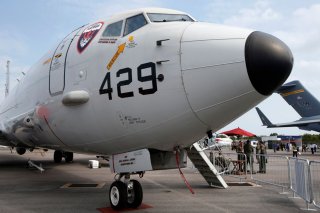 Here’s What You Need to Remember: A Chinese-government-backed newspaper is reporting that several U.S. spy planes have been seen in the South China Sea and the Yellow Sea, at times traveling near sensitive border areas.

Kris Osborn is the defense editor for the National Interest. Osborn previously served at the Pentagon as a Highly Qualified Expert with the Office of the Assistant Secretary of the Army—Acquisition, Logistics & Technology. Osborn has also worked as an anchor and on-air military specialist at national TV networks. He has appeared as a guest military expert on Fox News, MSNBC, The Military Channel, and The History Channel. He also has a Masters Degree in Comparative Literature from Columbia University. This article was first published in 2020.