Imagine This: $1400 Stimulus Checks Every Month Until Pandemic Ends 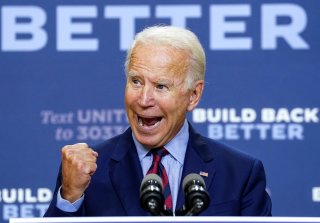 Some eligible Americans have received up to $3,200 from the federal government due to the economic downturn caused by the coronavirus pandemic.

Former President Donald Trump signed off on the first and second rounds of stimulus checks: $1,200 from the Cares Act and $600 in the December rescue package, and President Joe Biden recently approved the third round under the American Rescue Plan, which sent $1,400 to all eligible adults.

As of last week, the Internal Revenue Service has issued 159 million direct payments in the latest round of aid by direct deposit, checks and prepaid debit cards.

But despite the financial assistance that’s been pumped into the pockets of millions of Americans during the last year, several Democratic lawmakers are calling for a fourth stimulus check or recurring relief payments until the economic crisis is over.

According to a survey released by the financial services firm TransUnion, about four in ten people say their income remains below its pre-pandemic levels. And although the unemployment rate dropped from the double digits when the virus first struck the United States to 6 percent last month, that figure is still higher than pre-pandemic statistics.

That’s pushed lawmakers on Capitol Hill to advocate for recurring payments, arguing that families are still struggling to “put food on the table and keep a roof over their heads.”

Twenty-one senators joined together in a partisan effort to push Biden to include the payments and automatic unemployment insurance extensions tied to economic conditions in his $2.3 trillion infrastructure and jobs proposal that’s already facing opposition from the GOP.

“Almost six in ten people say the $1,400 payments set to be included in the rescue package will last them less than three months,” the Democratic lawmakers wrote in a letter to the president.

The letter doesn’t specify the size and frequency of the payments, but a separate Democratic initiative in January called for $2,000 monthly payments until the crisis ends.

A new analysis of census data from the nonprofit Economic Security Project discovered that most stimulus check recipients used the $1,400 to pay for common essentials like groceries and bills.

The U.S. Bureau of Labor Statistics found that the first and second round of direct payments were used for essentials, though some people did decide to save the relief, pay off debt or invest it.

Another analysis from the Federal Reserve Bank of New York revealed that people have used most of the stimulus check aid to pay off debt or boost savings, which could indicate that people are using the federal aid to reduce debt that may have been largely acquired from the pandemic.

And a survey by Bankrate.com found that about 33 percent of people said the relief checks would help support them for less than one month.

“We urge policymakers to use all the tools at their disposal to avoid further preventable harm to people and the economy, including recurring direct stimulus payments, lasting until the economy recovers. The widespread uncertainty created by the COVID-19 pandemic and recession calls for a multifaceted response that includes automatic, ongoing programs and policies including more direct cash payments to families,” the economists wrote in a letter last year.

Although Democrats and top economists are pushing for recurring direct federal aid, it’s unlikely the measure would pass in a split 50—50 Senate.

Biden is already facing intra-party turmoil and pushback from Republicans for his infrastructure and jobs proposal that puts massive tax hikes on corporations. And if Democrats want to pass the bill through budget reconciliation in the upper chamber, they cannot afford to lose a single Democratic vote.

Sens. Joe Manchin (D-W.Va.) and Chris Coons (D-Del.) have both signaled that they would be willing to work with Republicans on carving out a bipartisan agreement on infrastructure, and considering that GOP lawmakers want to shrink Biden’s price tag on the bill, it’s unlikely that the president will meet the far-Left demands of recurring direct payments.

The president will hold a meeting on Monday with a bipartisan group of lawmakers to negotiate provisions to be included in his next legislative initiative. A group of GOP lawmakers has recently unveiled an $800 billion infrastructure bill that focuses on more targeted spending.