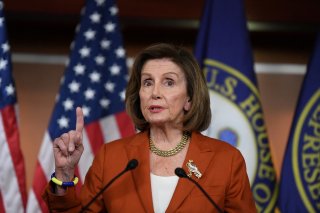 Last week Paul Pelosi, the husband of House Speaker Nancy Pelosi, was attacked in his San Francisco home by a man with a hammer. A man was almost immediately arrested following the attack, with news reports stating that the man had targeted the speaker, even shouting “where’s Nancy?”

Soon, individuals on fringier areas of the internet began claiming that the attack had been something different than what was reported. Versions vary, but some implied that Pelosi and his attacker had been lovers. Elon Musk, just days into his tenure as the owner of Twitter, even tweeted a dubious news account laying out that exact scenario, although Musk later deleted the tweet.

On Monday, a federal indictment was handed down against the attacker, with the charges coming from the federal judicial system because the attack had been deemed an attempt at violence on a federal official.

“According to the complaint, minutes after the 911 call, two police officers responded to the Pelosi residence where they encountered Paul Pelosi and DePape struggling over a hammer,” the Justice Department’s statement said. “Officers told the men to drop the hammer, and DePape allegedly gained control of the hammer and swung it, striking Pelosi in the head. Officers immediately restrained DePape, while Pelosi appeared to be unconscious on the ground. As set forth in the complaint, once DePape was restrained, officers secured a roll of tape, white rope, a second hammer, a pair of rubber and cloth gloves, and zip ties from the crime scene, where officers also observed a broken glass door to the back porch.”

According to NBC News, the criminal complaint states that DePape told investigators that he was planning to take Nancy Pelosi hostage.

"If Nancy were to tell DePape the 'truth,' he would let her go, and if she 'lied,' he was going to break 'her kneecaps’…. by breaking Nancy's kneecaps, she would then have to be wheeled into Congress, which would show other Members of Congress there were consequences to actions,” investigators said in the complaint.

Contrary to various conspiracy theories, the Department of Justice announcement says the two men had never met before the attack.