Inflation Is Forcing More Seniors Out of Retirement 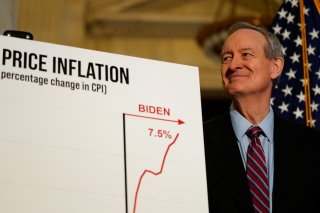 It was just this past week when famed quarterback Tom Brady called off his retirement and confirmed that he was returning to the National Football League. But recent data shows that Tom Brady isn’t the only one holding off on retirement—so are many older Americans

Citing information from Nick Bunker, the director of economic research at Indeed Hiring Lab, Yahoo Money noted that “in February, 3 percent of retired workers made the decision to return to work, marking the highest percentage to date during the pandemic and a continuation of a trend that started in the spring of last year.”

Yahoo added that increased demand for workers and COVID-19 vaccinations helped propel the return to the workforce. “Even more retirees could come off the sidelines,” Bunker noted.

So, what’s driving these older Americans to shun the potentially decades-long comfort of retirement? It appears to be financial need, which has been exacerbated by inflation and instability in the stock market.

“Financial need is likely the driver for working at older ages,” Jennifer Schramm, AARP’s senior strategic policy advisor, told Yahoo. “Retirees with lower savings may be the most likely to seek to reenter the labor force,” she added.

For example, according to a study last year from The New School’s Retirement Equity Lab, older workers without college degrees had a median of $9,000 in household retirement savings in 2019—much less than the $167,000 saved up by those who had graduated from college.

In addition, the New School for Social Research has found that many less-educated older workers were forced into retirement during the peak of the pandemic. In fact, workers between the ages of fifty-five and sixty-four without a college degree were 67 percent more likely to experience unemployment compared to college-educated Americans in the same age group.

There is, however, one silver lining from more older Americans reentering the workforce. For those who weren’t collecting Social Security before, returning to work will likely push them to wait even longer before filing for their benefits—eventually leading to bigger monthly checks.

According to the AARP, “your monthly payment will be 76 percent higher if you wait to start benefits at seventy rather than sixty-two, the earliest possible age.”

“If you have the option to wait until your 70th birthday to sign up, then doing so could really pay off,” writes personal finance expert Maurie Backman at The Motley Fool. “And if you like the idea of a guaranteed income boost and return on your money, then sitting tight and claiming Social Security at 70 is a plan worth pursuing,” she concludes.