The IRS is Starting to Take Cryptocurrency Seriously 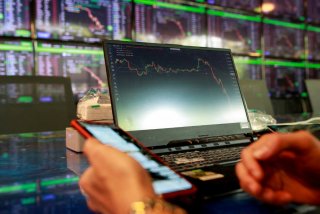 While cryptocurrency is new, it is like any other investment at the end of the day. That means if you invested in crypto and made a profit, you will have to pay taxes on those profits. Although the virtual currencies can have wild fluctuations that make tracking gains and losses all the harder, any profits will still have to be declared to the Internal Revenue Service (IRS).

Even an "honest mistake" can result in costly penalties, according to the IRS. The IRS has been uncharacteristically lax when it comes to the enforcement of taxes on cryptocurrency in the past, but the agency is now approaching the issue with renewed vigor. Tax filers must now check a box on their 1080 tax form to indicate if they've been engaged in any digital currency transactions. The agency has also been paying closer attention to cryptocurrency exchanges, which is part of the reason why the IRS has hired an army of new auditors.

With this in mind, 2022 is not the year to press your luck by failing to disclose profits made on crypto.

Because the IRS sees crypto like any other capital asset, taxes must be paid on gains. That means if you bought a cryptocurrency low and sold high, it would be treated just like a stock. Investors can expect to pay a short-term capital gains tax on a currency that was held for a year or less, and long-term capital gains taxes may be owed on positions that were held for longer than one year.

In addition to taxes on sales of bitcoin, dogecoin, or other cryptocurrencies, taxes may be owed for cryptocurrency transactions. While the IRS may not tax you for spending your dollars on most items, the tax agency views purchases made with crypto as the sale of crypto. So if a cryptocurrency is worth more than when you bought it, any transaction becomes a taxable gain.

Trading one virtual currency for another can also result in capital gains.

"Trades between coins are where crypto taxes get complicated," the Motley Fool explained. "A crypto trade is a taxable event. If you trade one cryptocurrency for another, you're required to report any gains in U.S. dollars on your tax return. Every time you trade cryptocurrencies, you need to keep track of how much you gained or lost in U.S. dollars. That way, you can accurately report your crypto gains or losses."

In addition, because cryptocurrency exchanges are still very much a new thing, few if any will provide any year-end tax information. As GoBankingRates noted, the same was true in the early days of stock brokerage. While most traditional brokerage firms provide customers with transaction data, few crypto exchanges are doing that. As a result, you should take care to record all transactions involving digital currencies.

For those who "mined" the currency to receive coins or tokens, mining payouts will also be viewed as taxable income, even if the payouts are not sold. Should a miner sell a payout later, they could also face capital gains taxes if its value increased after it was received.

However, for those who mine as a business—and not as a hobby—it is possible to deduct mining expenses, including the cost of computers, electricity bills, repairs, and even rented space used to operate the equipment. For those who mine from their residence, it may be necessary to use a separate meter to properly allocate the energy consumption for mining.

One question may remain: how does one report their cryptocurrency earnings?

According to GoBankingRates, "Your crypto transactions, including amounts and dates, should be reported on Form 8949. Ultimately, this information will transfer to your Schedule D, where all of your capital gains and losses will appear. Crypto you earned from mining should usually appear on Schedule C if you're running your mining operations as a business. In this case, you'll likely be liable for self-employment tax as well."