Is It Illegal to Send Migrants to Other States? Probably Not 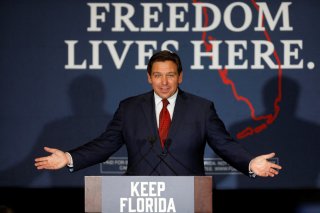 Various Republican politicians have proposed sending undocumented migrants to Democratic cities and states that have advertised themselves as “sanctuary cities.” According to this logic, it exposes the hypocrisy of those who live in those areas, as well as the elected officials who represent them. The Trump administration proposed such a move in 2018, but the legal office of the Immigration and Customs Enforcement (ICE) agency rebuffed them.

This time, a pair of Republican governors actually did it. Ron DeSantis (R-FL) and Greg Abbott (R-TX) each sent busloads of migrants to Democratic cities. Abbott announced that he had sent a bus of migrants to the home of Vice President Kamala Harris while DeSantis chartered planes to send a group to Martha’s Vineyard.

“The Biden-Harris Administration continues ignoring and denying the historic crisis at our southern border, which has endangered and overwhelmed Texas communities for almost two years,” Abbott said in a statement.

“Our supposed Border Czar, Vice President Kamala Harris, has yet to even visit the border to see firsthand the impact of the open border policies she has helped implement, even going so far as to claim the border is ‘secure.’ Texas will continue sending migrants to sanctuary cities like Washington, D.C. until President Biden and Border Czar Harris step up and do their jobs to secure the border.”

Now, according to Axios, the White House and various cabinet heads will be discussing “litigation options” related to the situation.

“This should not be about political stunts. It should be about how the whole of government gets the 8,500 encounters a day down,” an administration source told Axios.

Lawyer Ken White, a prosecutor-turned-defense attorney, posted a series of tweets Thursday on why the moves by the governors to send the migrants are likely not a crime.

“Let me explain briefly why this trollish and inhumane “let’s take aliens to Martha’s Vineyard” likely isn’t a crime… People are pointing to the statute that prohibits importing, concealing, harboring, or TRANSPORTING aliens…”

“So, people argue … governors are transporting aliens within the United States. Sorry, no. But the statutory language says you have to transport them “in furtherance of such violation of law,” meaning their illegal presence in the U.S … So, to prosecute the state officials for conducting this stunt with human beings, you’d have to show it was done to promote their illegal entry into and presence in the United States. (That’s why ICE doesn’t violate it by moving them.)”